Brain tunes itself to criticallity 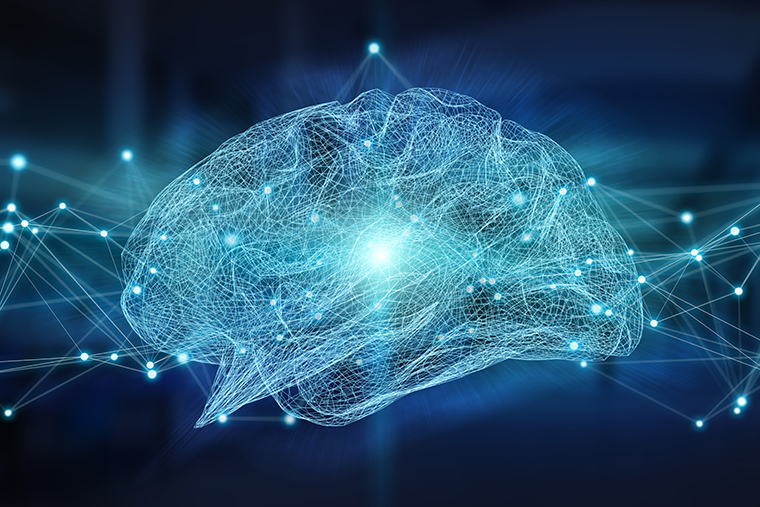 Brain tunes itself to criticality, maximizing information processing | The...

New research from Washington University in St. Louis confirms that the brain tunes itself to a point where it is as excitable as it can be without tipping into disorder, similar to a phase transition. The new research from Keith Hengen, assistant...

Interesting article. I was wondering myself what prevents neurons firing from both “exploding” within entire brain mass and from “extinguish” itself into catalepsy.

I mean one neuron firing is directly connected to thousands of other neurons, on second level to millions, and within few steps the whole brain should fire. I now this is a cartoonist image on how neurons works but the fact is if 1million neurons fire at a certain T, they can potentially “ignite” billion other neurons, yet at T+20ms the same amount of neurons fire. If there is an imbalance towards either firing more or fewer then we wouldn’t be able to function.

I wonder if this controlled firing is achieved purely “chemically” or if some part of the brain (older I suppose) does this… throttling.

I wonder if this controlled firing is achieved purely “chemically” or if some part of the brain (older I suppose) does this… throttling.

This was a good read. The authors give a good explanation of what the “critical dynamics” theory is. The theory is about how the brain maximizes the amount of information in it contains. They discuss how excitatory and inhibitory neurons interact. The authors collected and analysed ~200-hours of in-vivo data. They successfully applied their theory and methods of analysis to an artificial neuron network and then they played around with it for a while.

Oh, do authors know how information is represented in the brain and how to calculate its amount? I would like to read this part

This paper is very “black boxy” and may not be as useful as you might hope:
“Critical systems are defined by scale free dynamics such that events spanning all spatial and temporal scales are observed according to power laws. Events are neither limited to small, local bursts nor do events ‘‘snowball’’ and consume the network. In this context, events are contiguous cascades of spiking activity colloquially termed‘‘neuronal avalanches.’’ In other words, avalanches are bursts of spiking activity across a circuit or network, whose start and stop are defined by crossing a threshold of network activity.”

In the methods section:

Avalanche Analysis We discretized time into 40 ms bins, binarized each neuron’s spike train into its ‘‘activity,’’ i.e., 0 or 1, and obtained the ‘‘network activity’’ as the sum of all recorded activity within the time bin. Based on the network activity, we defined a ‘‘neuronal avalanche’’by introducing a threshold at the 35thpercentile of total network activity (Poil et al., 2008, 2012). Consistent with critical systems,our results were robust across a range of bin sizes (30-500 ms) and thresholds (25 to 45%) For instance, for one 4-h bin of data from baseline from one animal, the DCC ranged from 0.0057 to 0.2358, when choosing all possible combinations of time bin (range30 to 500 ms) and threshold (range 25 to 45 percentile). For the default choice of 40 ms and 35th percentile, the DCC value was 0.0995for this example dataset. An avalanche starts when the network activity crosses the threshold from below and ends when the network activity crosses the threshold from above. We quantified each neuronal avalanche by its size S, i.e., the integrated network activity between threshold crossings, and its duration D, i.e., the time between threshold crossings
Shape Collapse Friedman et al. (2012)demonstrated that, for a neural system operating at criticality, the size versus duration exponent,b, can be used to accomplish avalanche shape collapse, where avalanche profiles of different sizes are revealed to be copies of each other at different scales. Similarly, this test of criticality was recently performed by Ponce-Alvarez et al., (2018)on the entire zebra fish brain. When the system is operating near the critical state, avalanches of all durations will reflect the same scaled mean shape.
Branching Ratio Based on the work of Wilting and Priesemann (2018) we examined the branching ratio of the networks sampled in our recordings.Summarily, the branching ratio is the ratio of the number of neurons spiking at time n+1 to the number of spiking neurons at time n. Critical regimes, by their nature, are balanced and avoid runaway gain (positive or negative) and have a branching ratio of 1.0. The methods introduced by Wilting and Priesemann (2018)are robust to severe sub-sampling and thus provide an effective alternative approach to assessing critical dynamics in our recordings.

I take this as an application of chaos theory to understand the mean set-point and excursions about this point. From the classic Shannon information theory, we would expect that the maximum information storage would have equal representation in all available bands of the power spectrum. We don’t know the content of the information in this experiment, only its distribution signature

Information theory studies the quantification, storage, and communication of information. It was originally proposed by Claude Shannon in 1948 to find fundamental limits on signal processing and communication operations such as data compression, in a landmark paper titled "A Mathematical Theory of Communication". Its impact has been crucial to the success of the Voyager missions to deep space, the invention of the compact disc, the feasibility of mobile phones, the development of the Internet, t...

We don’t know the content of the information in this experiment, only its distribution signature

That sounds fair, especially if consider the analyses of the power spectrum in the context of information processing, not storage.

Also, the SOC systems are characterized by the long tail of events. It means for me that SOC would occasionally lead to spontaneous seizures in the healthy brains, and to the best of my knowledge, it’s not what’s observed.

It’s in the introduction. They cite their sources but I have not followed up with any of them.

Dynamics emerge from the interaction of neurons and establish the computational regime of a network. Cortical networks are assumed to (1) be ‘‘balanced,’’ such that runaway gain does not drive the network toward saturation or silence, (2) encode
and transmit information across a wide range of spatial (mm to cm) and temporal (ms to min/h/etc.) scales, (3) have a broad dynamic range, and (4) be capable of processing complex information. Each of these criteria falls out of a specific nonequilibrium regime of population dynamics called ‘‘criticality,’’ which has
been proposed as a possible set point for neuronal networks (Bertschinger and Natschlager, 2004; Priesemann et al., 2014; € Shew et al., 2015; Karimipanah et al., 2017). Criticality is a network state poised at the boundary between strongly and weakly coordinated population activity that maximizes information capacity (entropy) and transmission (Shew and Plenz, 2013; Cocchi et al., 2017). Measures of criticality are independent of [Firing Rate] and network size, making it a conceptually attractive candidate for a signature of stable networks capable of normal information processing (Beggs and Plenz, 2004; Haldeman and Beggs, 2005; Beggs, 2008). Previous work suggests that cortical networks are critical (Beggs and Plenz, 2003; Gireesh and Plenz, 2008). Despite this, the possibility that criticality may serve as the set point of homeostatic processes in the intact brain has not been addressed (Shew and Plenz, 2013) [but is the subject of this article].