What other homeostasis mechanisms are there?

if I got it correctly boosting is based on neuron fatigue, where if a neuron fires too much it uses up all its energy which increases its threshold for firing again leaving other neurons to win the competition.

from some tests I did, it seems to behave much like dropout as a regularization method.

but are there any other interesting homeostasis principles known in biological networks?

There are many such processes. A fairly simple Google search revealed many many hits related to the brain’s role in maintaining homeostasis of bio-physical processes in the body. Most of these are handled in the subcortical regions are related to maintaining the operational capability of the body through the regulation of metabolism and other essential autonomic systems (e.g. balance, respiration, thermal regulation, etc.).

If you are looking for something more coritical, then take a closer look at the systems involving neuromodulators, and neurotransmitters. They seem to be implementing continuous feedback/control loops. I can’t tell you exactly what these loops are doing, but it is fascinating to drop in and look at some of the finer details of these processes. The brain is very good at exploiting chemistry and physics to accomplish all of the tasks it needs to keep itself alive and functioning for decades. Our intelligent behavior is perhaps just the latest manifestation in a series of life extension hacks discovered by the brain and its associated life-support systems.

You might also want to look into the role of inhibitory cells in maintaining homeostasis. Within the column, basket and/or chandelier cells may be helping maintain activation sparsity amongst other things.

Also, the projections from the basal ganglia are largely inhibitory in nature. Most of what I’ve read on BG describes their role in modulating motor control of the body, but there are likely other processes that they participate in.

I would point out that the top down projections from the forebrain to the rest of the cortex are essentially motor commands.

from the forebrain to the rest of the cortex

I think you got it backwards here 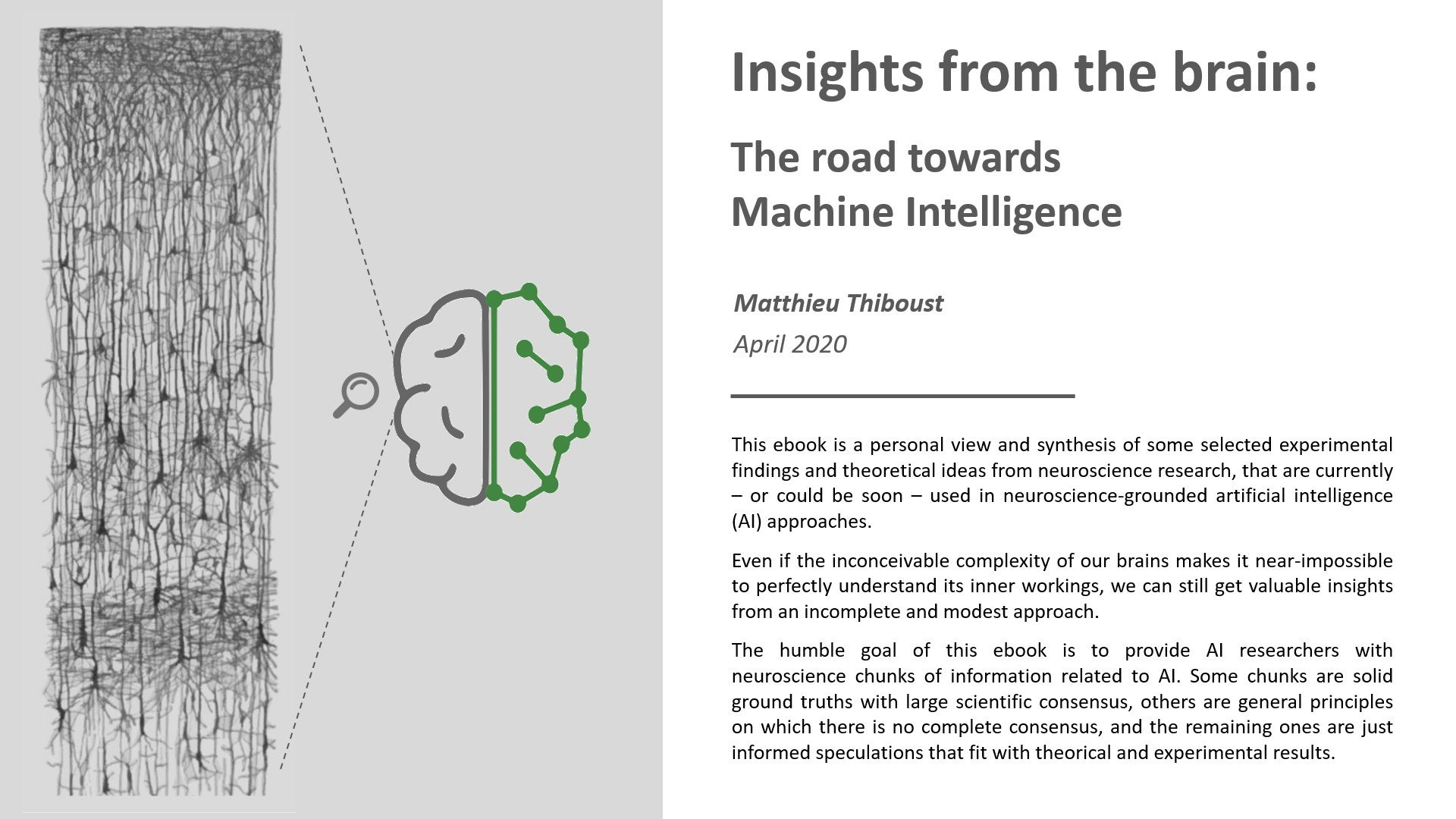 Insights from the brain: The road towards Machine Intelligence

The command circuits from the subcortex are mostly projected to the early parts of the motor hierarchy.

As you can see there are many bidirectional projections from the motor system into the sensory portions of cortex, with the motor projections being the top-down pathways.

Speaking and thinking are generally motor programs planning and executing the subcortical commands.

I meant that cortex is part of forebrain, not the other way around. And “motor” here is relative, any input may ultimately be converted into motor command, but direct motor outputs to neuro-muscular junctions are from primary motor cortex / cerebellum.

Nothing in the brain simply “executes commands”, there is some “decision” made at every neuron. The top of “command chain”: higher levels of generalization, where long-term goals and global values are learned, are all in the cortex. It’s just harder to wrap you mind around than primitive archaic subcortex.