@rhyolight Could you please have a look at my last edit to the original post to confirm that I didn’t add any incorrect or misleading info? I added a section dedicated to SDRs and the spatial pooler. I also re-ordered a little bit the sections: in particular, I moved the section dedicated to neurons to the top, as I think it’s more basic and fundamental than other ideas (e.g. minicolumns). Later, I’ll probably complete the section on the SP and TM. Part of the info I added is based on the HTM School videos you created and the BAMI book.

This wiki is a great reference. Thanks!

Two topics I found in On Intelligence that I’m not sure are addressed here:

Working out the naming of brain regions has been an annoying issue for me. Each researcher seems to feel the need to name everything from scratch.

As far as just the V1 through V6, wiki has a nice entry on this: 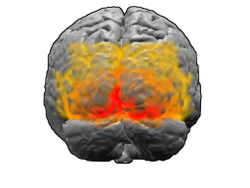 One of the confounding factors on the visual cortex is that it splits up into the WHAT and WHERE streams and these two pathways do not exactly match in terms of both location and connectivity.

I did a write-up on this topic earlier which prolly goes into this in more depth than you were looking for here:

What's the difference between layers and levels in the context of the HTM theory? Numenta Theory

I will be the first to agree that naming in neuroscience could be better. As I understand it, the sheet of the cortex is composed of what is generally recognized as six layers. The outer layer (one furthest from the center of the brain) is called layer one The bottom is generally called layer six. These are not hard and fast divisions as the whole concept of what makes up a layer is pretty loose at this time. There are some that consider the thalamus as the 7th layer. This same sheet of the …

As far as the 2 bits per synapse question; I an not sure what Jeff was trying to convey so I will pass on answering that.

Just to make things clear, the initial figure which shows cortical column, the flow of information is from bottom to top right?

Generally, sensory input flows up from the bottom, but it doesn’t flow sequentially through L6->L5->L4 etc. It goes directly into L4 and then branches off from there to other layers.

Yes and no. Matt did describe one important path where input is fed to the column. Another significant source is rising axonal projections from other maps. These go all the way to Layer 1 and synapse with the apical dendrites from the cells of several layers. In addition- projections from these rising axons project to proximal dendrites as they pass by.

Part of what has to be asked is where the input to the cells is coming from. This could be from the Cortex-Cortex, Cortex-Thalamus-Cortex, or various projections from other sub-cortical structures. Even then, the thalamus is layered and has distinctly different targets from different layers of the thalamus to layers in the cortex. For example - the Layer 4 target that Matt mentioned seems to be associated with the establishment of cortical waves. Others thalamus layers target cortical layer 6 and seem to be related to the feedback path.

As it stands, Numenta is currently focused on what happens within a single column and is not spending as much energy on the issues of H of hierarchy. I expect this to be straightened out when they focus on this area.