The basic HTM theory describes region updates as synchronous, with the SDRs as a static presence during each cycle evaluation; updated whole throughout the region after each evaluation.

It is implied in all discussions for predictive dendrite segments (SDRs) that there is a “before” and “after” in regards to global states for the local region; the processing of the SDR neurons in a region could be considered as the evolution of the current region state to the next state as a coherent whole. I don’t see any room in the theory for asynchronous updates in the individual SDR elements.

I think that ordinary neuron cells left to their own devices are asynchronous creatures. If these cells are sensed as elements of an SDR I expect them to wink on and off like twinkle Christmas tree lights. This would be wholly unsuitable for forming an SDR. A bursting but otherwise unsynchronized cell is hardly better. If I understand HTM/SDR theory correctly it seems to assume that most of the cells with semantic meaning are present at the same time.

I have been trying to reconcile that concept with years of reading neuroscience theories trying to make sense of how nerves fire in various patterns like pulse trains. Christoph von der Malsburg had a batch of attempts to string these pulses together in things like synfIre chains to solve the binding problem.[1][2] In particular, he was expecting to solve the “The Superposition Catastrophe”[3] which I think is more elegantly explained by Hierarchical SDRs. (Thank you Jeff!)

As Christoph von der Malsburg postulated - some sort of synchronized oscillation must coordinate the activity of neural assemblies. There are so many to choose from.[4] Possibly the most attractive candidate is the well-known brain mechanism “Recurrent Thalamocortical Resonance.”[5] My suggestion is that this is the essential trigger for mesoscopic oscillatory activity.

Using thalamocortical resonance as the heartbeat of the HTM ties together the entire cortical region in synchronized waves of coordinated mesoscopic oscillatory activity. A brainwave. This addresses some classical questions in the binding problem.[6][7]

Those working in teasing apart what various cortical layers do might want to look at this paper.[8] What I have been reading in the HTM forum has been focused on the computation involved between various layers and processing different sensory streams. This paper suggests that layer IV is involved in a more mundane housekeeping function - triggering mesoscopic oscillatory activity.

A note in passing: My instinct is that these layer function theories should be expanded to encompass consolidation/transfer of Hippocampus memories in sleeping and dreaming.[14]

I have been doing some reading to see what other people have discovered that may help me understand the implications of this combination of HTMs and thalamocortical resonance.[9][10][11]

An earlier post[12] by @BrainConstellation has a nice video showing some observations about the perception of time, in particular, the fusion of nearly simultaneous activities. It was noted that if the events happen within a certain window (about 100 ms) they are viewed as simultaneous. This makes sense if you think about the appearance of events within a cortical region happen within one (maybe two?) HTM processing cycle (a single cycle of thalamocortical resonance) they would all fall into the same quanta of perception.

Another thing that popped out from this video is that the perception of time seems to be variable. The presenter seems to say different parts of the brain can have different cycle rates (particularly episodic memory) but the areas that process hearing and visual perception seem to be fixed. This makes sense if you think about it. The cortex that senses the world is learning to model the physics of the world and that would include things like the mass of objects and momentum. The internal models are dealing with higher level descriptions that may be somewhat divorced from reality. It is very common that in times of stress people report that time seems to slow down. This is the same thing as the processor clock being speed up.

From what I have read and seen so far I have come to these conclusions:

I propose that a single thalamocortical resonance cycle in the cortex is the smallest quanta of human perception.

I propose that a single thalamocortical resonance cycle in the episodic portions of the cortex (those connected to the hippocampus) is the smallest quanta of human experience.

Another thought comes to me - it has been documented that trained yoga practitioners can enter altered states with different brain wave patterns.[13] This fits in with what I have learned interfacing to camera chips. The chip has light-sensitive cells that collect photons with the number of photons being proportional to the brightness of the scene at that point in the image. If you are trying to sense a very low-light image you allow the image sensor a longer integration period to catch more photons before read-out. In meditation, the corresponding idea is that during altered states (lower frequency waves) SDRs with lower connection strength (weaker synaptic connections?) would have longer to integrate a pattern to recall a memory.

I welcome your comments.

Christoph von der Malsburg. Binding problem, neural basis of. In N. J. Smelser and Paul B. Baltes, editors, International Encyclopedia of the Social & Behavioral Sciences , pages 1178-1180. Pergamon, Oxford, 2001 (kinda pricy you may want to check this at the library!)
[1] https://www.amazon.com/International-Encyclopedia-Social-Behavioral-Sciences/dp/0080430767

Meditation and the Brain
[13] http://www.anandawashington.org/wp-content/uploads/2014/06/Science-of-Yoga-Class-1-Meditation-and-the-Brain.pdf

A very nice open source paper on these waves. Do check out the movies in the supplemental material section:
https://www.nature.com/articles/s41467-019-08999-0#article-info

Do you mind sharing some specifics? The exact mechanisms could be important. How does recurrent thalamocortical resonance create coordinated oscillation? How does that coordinate all regions rather than just one, or is that unnecessary?

Up/down states might be useful if you haven’t looked into that: http://www.scholarpedia.org/article/Up_and_down_states

Please see references #4, #5, and particularly #8 for the proposed general mechanism.

I hinted (rather poorly it seems) that regions may have different coordinated oscillation. The line that leads to this conclusion is that the perception of time appears to be variable suggesting that the areas that process episodic memory are shifting to a faster oscillation (higher processing rate) in times of stress in relation to the sensory hierarchy.

I think it is highly likely that most interconnected regions may fall into coordination due to the coupling through the structural connectome.

I will check the up/down states later.

Can you explain what exactly you mean by “human experience”?

Experience is your remembered personal narrative.

You may perceive something but it does not really register as something you remember.

As I see it perception must enter into the “global workspace”[1] and this resonance must extend to the temporal lobe/hippocampus area to register to be part of your personal narrative - something you can report back later as having experienced.

The part of the “loop of consciousness” described below that extends through the temporal lobe is the bit that you remember as a reportable thing - your experience:

My working theory on consciousness is fairly simple considering how complex the central nervous system is. Let me set the table on how I see the brain working: Focusing on the H of HTM. Consider this in a sensory stream general framework of (raw sense) to (collected sense/association) to (name/symbol) to (collected symbols/grammar) to (working memory) to (the emotionally colored here and now) in the tip of the temporal lobe. Geographically this same path is V1, various other Vx areas, angula…

Experience is your remembered personal narrative.

You may perceive something but it does not really register as something you remember.

I really related to the way Dr. Michaels described it in this video, when he said:

I also expand upon this idea in the cortical circuitry episode of HTM School.

I propose that a single thalamocortical resonance cycle in the cortex is the smallest quanta of human perception.

I am proposing to start this topic, because I have not found this subject covered in any existing thread. Listening to the following talk delivered by David Eagleman from the Dept. of Neuroscience & Psychiatry at Baylor College of Medicine, brings up a lot of questions regarding how our cortical hierarchies are operating. In this video you will even find some evidence that there is a calibrating mechanism in our cortex which is capable of synchronizing temporally distinct events and this proce… 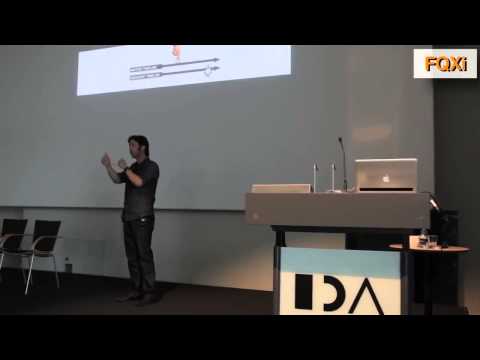 The fact that the perception of the passing of time varies strongly suggests that the “internal clock rate” can speed up.
Conclusion: there are at least two separate time scales at work here.

There is ample supporting research to support the theory that various maps in the brain resonate together as the “global workspace” is formed. I don’t have anything to offer in how the two-time scales work together.

Summation: The cycles drive synchronization on both local and global levels AND gate local discrete processing steps. This timing is not necessarily the same in all parts of the brain.

Summation: The cycles drive synchronization on both local and global levels AND gate local discrete processing steps. This timing is not necessarily the same in all parts of the brain.

Btw…thank you very much for your help…I think I’m now well on my way!

Well worth the read!