Is it a mere coincidence that great ape LGNs have the same number of layers as the neocortex?

In humans, chimps and gorrillas, the lateral geniculate nucleus has 6 layers* as does the neocortex: 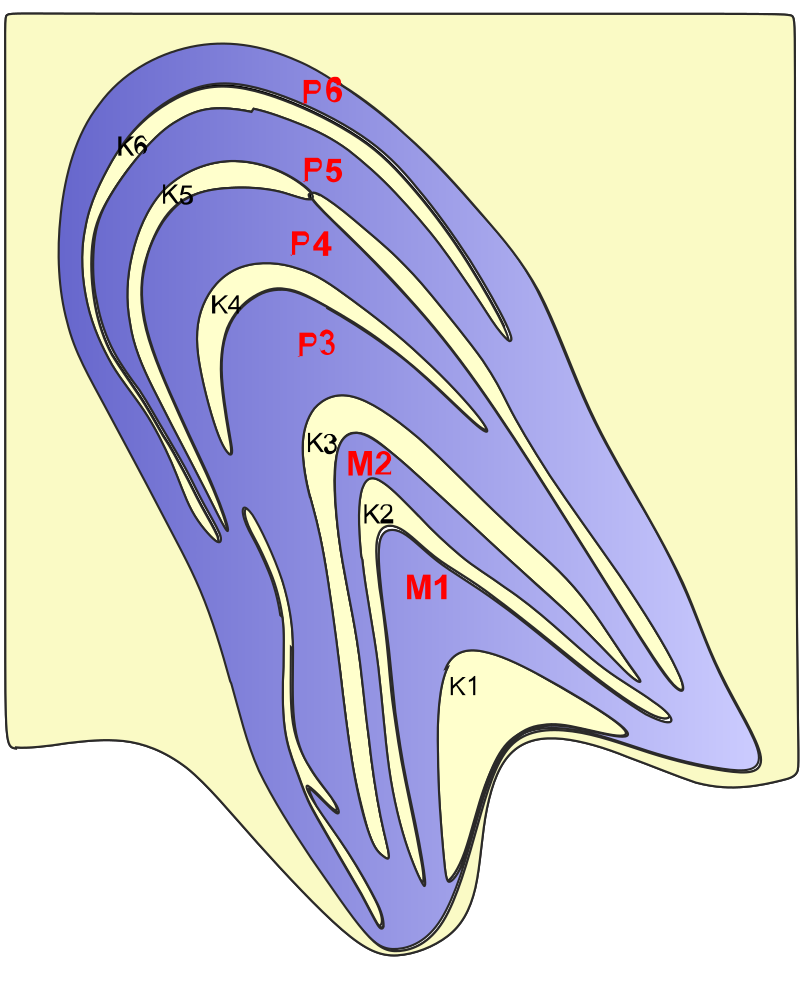 Is this mere coincidence?

*There are other species that have 6 LGN layers and there is even one that has 12 LGN layers (a predator whose name escapes me at the moment but it is a nocturnal predator IIRC). They do seem to have in common either exceptional visual dependence or higher cognitive ability.

Hello James, I have some questions on your post.

But first I want to state, that at least the neocortex only has 6 layers, if you look at it using a specific microscopic technique. Functionally this could be a totally different story. Some parts of the neocortex are missing a specific layer or can be categorized into sub-layers. E.g. L4 in the V1 can be split into L4a, L4b, and L4c.

So my questions would be:

Those are my questions as well and I can speculate if you’d like although I’m looking for correlations at this stage. One correlate in particular is what appears to be a phylogenetic habit of repurposing and doubling the 3 layers of primitive structures, e.g. 3 layers of the reptilian cortex, thence the 6 of the neocortex, and the LGN’s 6 or even 12 (in the case of the LGN of the nocturnal predator I mentioned).

I re-located the paper that had set me thinking along these lines. “The Evolution Of The Visual System In Primates” by Jon H. Kaas. First an illustration that strikes me as possibly indicating some sort of evolutionary convergence toward 6 layers:

Ignoring K layers for the moment, note an evolution toward 6 LGN layers in monkeys and great apes (sans orangutans not discussed by Kaas) but not lesser apes (if gibbons are representative). I say “convergent” on the assumption that the position of gibbons indicates there was no 6-layered common ancestor to apes and monkeys.

The follow passage from Kaas may lend nuance to some of my comments:

The appearance of four leaflets of P layers over the part of the LGN representing central vision, plus the two M layers led to the description of the LGN as having 6 layers. However, in apes and humans, even sub-leaflets of leaflets can be found and this would lead to an even greater number if counted as full layers. A more parsimonious interpretation is that the LGN of primates has two M cell layers, two P cell layers that sometimes subdivide, and various distributions of K cells that are more pronounced in nocturnal primates, where the distributions of K cells are sometimes recognized as forming layers.

So it may be my mention of a “12 layer LGN” in a nocturnal predator was referring situations “where the distributions of K cells are sometimes recognized as forming layers.”

As sexual evolution precedes nervous system evolution, and olfaction of some form or other seems essential to virtually all animal sexuality (except, perhaps, humans!), the 3 layers of the olfactory cortex are particularly interesting as an exceptional, if not primary phylogenetic cortical structure. Note, for example, its departure from the thalamic nuclei:

“The thalamus is the major source of sensory information to the primary sensory cortex for all of the senses except olfaction.”

If I were to speculate, I’d say look into the HTM Theory Reading List entry on the “LAMINART” model of Raizada, R D., Grossberg S. Towards a Theory of the Laminar Architecture of Cerebral Cortex: Computational Clues from the Visual System (2003). In particular, if there is an “adaptive resonance” between the visual cortex and the LGN, there may be analogical intrahexilamina relations creating interhexilamina resonance.