Jeff on Object Modeling in the Thousand Brains Theory - September 3 & 9, 2021 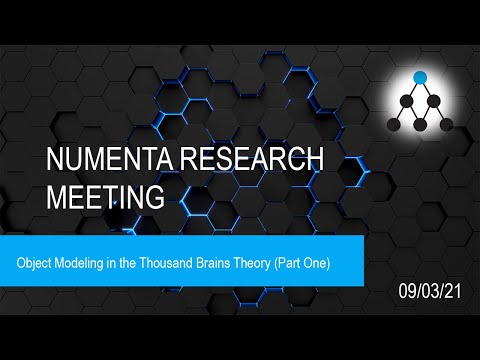 In continuation of the last two meetings where Subutai discussed voting in the Thousand Brains Theory, Jeff looks at the overall theory and focuses on the missing elements - things we haven’t implemented, things that have changed due to new insights or things that are still unknown.

He first presents the two core ideas proposed in our Columns paper (2017), and then walks through a list of shortcomings of the hypotheses and simulation. He then gives an overview of our Frameworks paper (2019) where we hypothesized that objects are modeled based on grid cell modules. He highlights how the paper solved a few issues in the Columns paper but points out that there are still previous shortcomings and problems that we haven’t addressed.

He wraps up the meeting by discussing the ways we’re currently trying to address these problems in our research. He proposes new ways of thinking about how we model objects, how cells represent location and orientation of the sensor and how columns detect movements and path integration. He expands these ideas further in the next meeting. 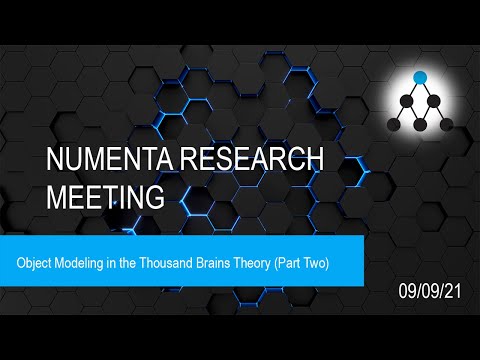 Jeff then describes what a model (created by cortical columns) is and the characteristics of a model introduced in our previous papers. As our knowledge continues to expand, our understanding of what a model is has also evolved. We used to think that models in a column were based on grid cell metric reference frames, but now we deduce that vector cells are involved too. We hypothesize that models are represented using vector cell modules, not grid cell modules as we previously thought. And grid cell reference frames are used in determining movement from one location to another. The team then asks questions and discusses.

4 Likes
Column models: Why can my toe recognize a coffee cup?