I have posted several times offering that the lower level control structures work something like a Boltzmann or Hopfield network. I would like to expand on this concept.

Let’s start with the basics. In the brainstem processing we have many body sensors that sample blood based messengers such as osmotic concentration or glucose levels. All of the body sensations also pass through these systems and provide additional information on the outside environment.

It is the job of these low-level control systems to sort out this flood of information and prioritize what action should be taken at this moment.

An example of this might be a moth – the key things sensed are: low light levels (night), big bright spot above, body signaling that it is ready to mate, perhaps some pheromones in the air. All of this leads to flying up and looking for the visual signature of a moth of its species.

From a neural point of view we can look at this as a vector of body senses mapping to a vector selecting some action or cluster of actions.

Here is a small sample of what might be going on in this moth brain:

The processing part of the nervous system is a cluster of cells that take all this in and produce drives to start or maintain some action.

This listed inputs could start vigorous flying behavior directed to the moon object - the mating state.

If the conditions change the selection of action will be changed. As the action in progress continues the behavior is modified to carry out the overall goal of the state. After our moth takes off the detection of of a moth shaped object will cause the power feed to the wings to be adjusted to center the potential mate in the field of vision. All of these behaviors are part of the mating task.

Another example might be feeding on a flower could be interrupted if a looming predator is sensed; fleeing ensues! This switches the overall state from feeding state to the fleeting state.

What kind of network could produce this sort of processing?

I offer that Boltzmann and Hopfield networks have many of the characteristics needed to fit this task.
Here are schematic diagrams of the input/output nodes of these networks. Yellow is the inputs or input-outputs, and green are outputs. 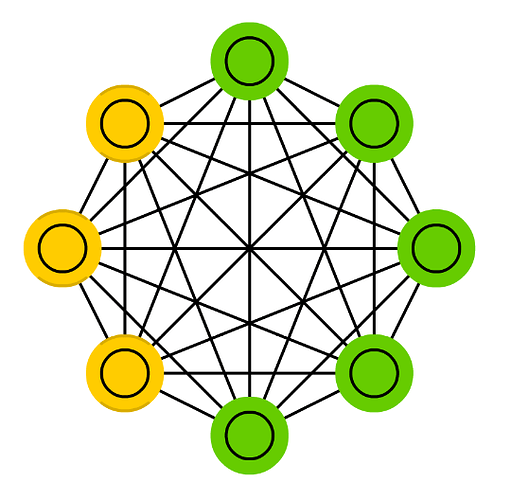 With the Boltzmann we have a defined input and output fields. The input could be various body sensors and the output could be motor program selectors. You present some input vector and some cluster of output actions are generated. The pairs of input/outputs is the collection of possible behaviors 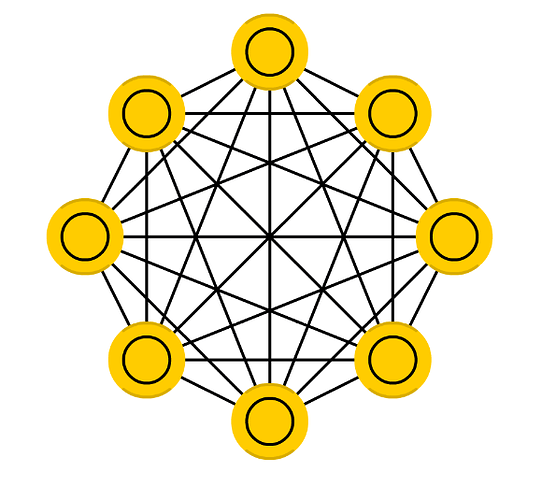 Hopfield.png595×535 58.7 KB
The Hopfield network is a completion network. You put in some partial pattern in a sub-set of the nodes and the networks acts to complete the leaned pattern. The overall state is the current behavior. Changing inputs will drive the network to snap to a new overall state.

In both networks it is unlikely that the sensor is a single axon – it is likely to be a bundle of axons that have partial or conflicting information. The networks act to take this and vote on a state to select some action.

I expect that evolution has programmed a basic program for survival on to these network connections. I think of it working as a geometric pattern - sort of like stripes on a zebra or spots on a leopard.

In real brains there are clusters of these nodes. This is roughly what I think is going on in the hypothalamus. I suspect that the overall configuration works something like this: 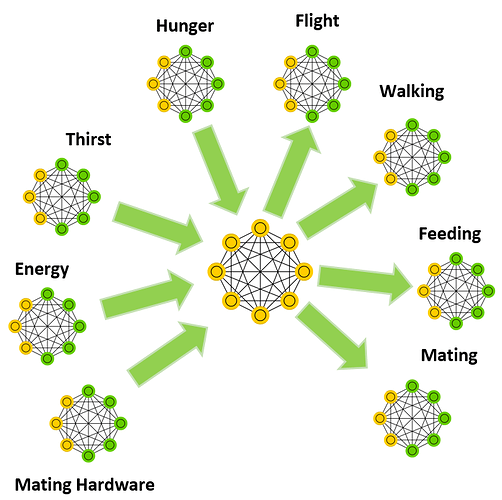 I envision the central node to establish an overall state. There are as many state patterns as the critter has behaviors. Within these states there are sub-tasks that can be modulated to carry out the tasks associated with the states. This smaller nodes are specialist processors that are hardwired to know about essential aspects of sensing or control.

In mammals the inputs and outputs include routing to and from our cortex, dramatically amplifying the sensory processing and flexibility of output patterns. This old brain is still the boss but greatly enhanced by the cortex. I call this my “dumb boss/smart advisor” model.

This is great, Mark! Thanks for posting, and sorry I cancelled my stream today (I was originally planning on talking about this on a chat show).

5 posts were split to a new topic: Penrose / Hameroff discussion

Here is a paper that describe just one of the low-level states that drive behaviors in the Drosophila melanogaster or the common fruit fly.

Unsupervised identification of the internal states that shape natural behavior