I missed this when it came out! 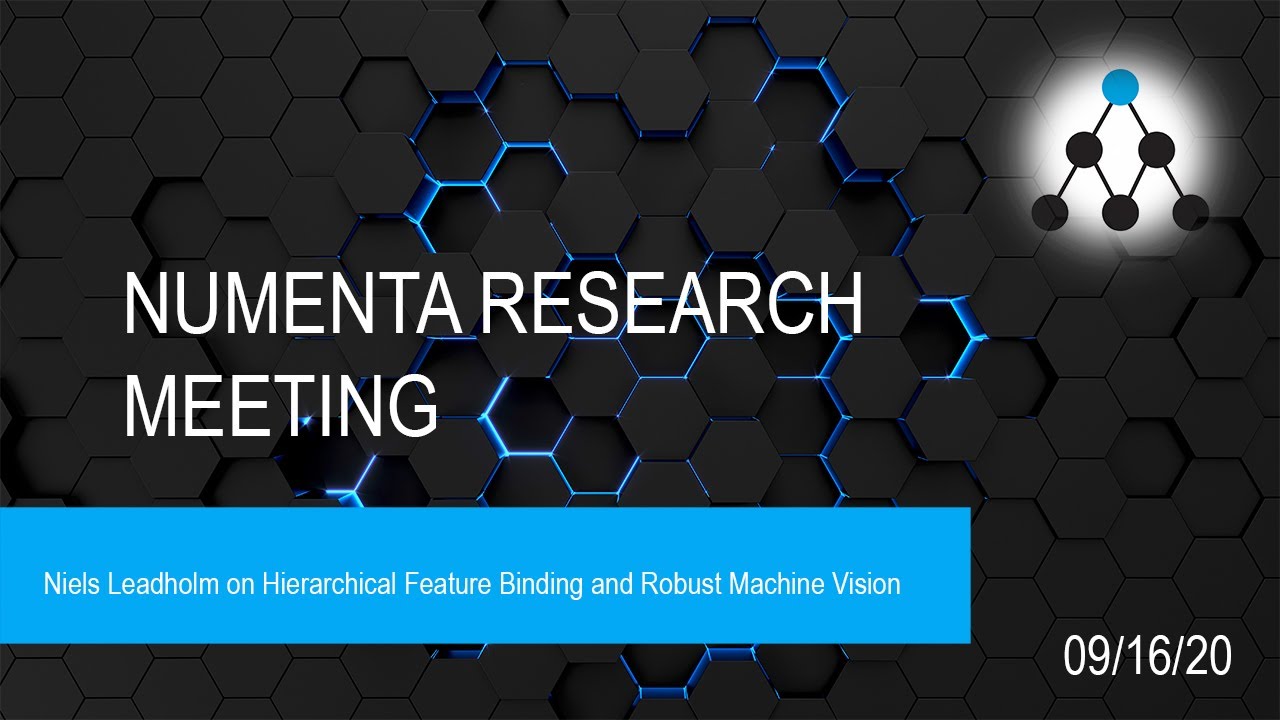 Niels Leadholm, a visiting researcher, discusses his (recently de-anonymized) PhD research on hierarchical feature binding and robust machine vision. He first explores the issue of robust machine vision and his motivation in developing a deep-learning neural network architecture using a biologically-inspired approach. Many AI systems nowadays are vulnerable to adversarial examples. Niels explains how the characteristics of “feature binding,” which happens in a primate’s brain, can be implemented in machine learning systems to enhance robustness.

Solutions to the binding problem: progress through controversy and convergence...

Solutions to the binding problem: progress through controversy and convergence

Areas V1 and V2 of the visual cortex have traditionally been conceived as stages of local feature representations. We investigated whether neural responses carry information about how local features belong to objects. Single-cell activity was...

Synchrony unbound: a critical evaluation of the temporal binding hypothesis -...

Synchrony unbound: a critical evaluation of the temporal binding hypothesis The Division Bell is the fourteenth studio album by the English progressive rock band Pink Floyd, released on 28 March 1994 by EMI Records in the United Kingdom and on 4 April by Columbia Records in the United States. The second Pink Floyd album recorded without founding member Roger Waters, The Division Bell was written mostly by guitarist and singer David Gilmour and keyboardist Richard Wright. It features Wright's first lead vocal on a Pink Floyd album since The Dark Side of the Moon (1973...

Deep neural networks are highly expressive models that have recently achieved state of the art performance on speech and visual recognition tasks. While their expressiveness is the reason they succeed, it also causes them to learn uninterpretable...

Deep convolutional neural networks have recently achieved state-of-the-art performance on a number of image recognition benchmarks, including the ImageNet Large-Scale Visual Recognition Challenge (ILSVRC-2012). The winning model on the localization...

Despite tremendous variation in the appearance of visual objects, primates can recognize a multitude of objects, each in a fraction of a second, with no apparent effort. However, the brain mechanisms that enable this fundamental ability are not...

“Unpooling Layer” is new to me, very clever! Reminds me, loosely, of Hopfield network retrieval.

I wonder if Niels has tried to use attention with Unpooling Layers, similar to attention in the paper “Hopfield Networks is all you need” (you can be hand-wavy and claim hopfield networks are biologically inspired ;))

Hopfield Networks is All You Need

We introduce a modern Hopfield network with continuous states and a corresponding update rule. The new Hopfield network can store exponentially (with the dimension of the associative space) many patterns, retrieves the pattern with one update, and...