NuPIC is currently undergoing a major refactoring, with the goal of extracting a C++ “core” that contains all CLA algorithms. This will provide a core repository so other language bindings can be created aside from Python. The extraction plan for this refactoring is detailed below and kept up-to-date by Matt Taylor. 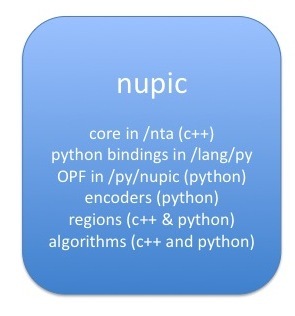 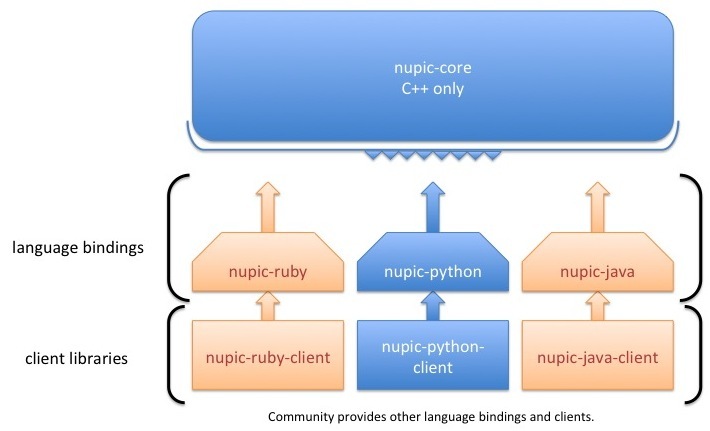 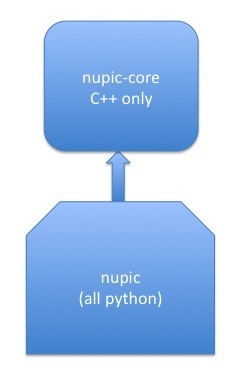 nupic.core will contain only C++ code with minimal dependencies. nupic will contain everything else currently within nupic.

In order to provide a stable nupic.core for developers to program language bindings and clients against, we need to have a stable v1.0 release. Requirements for a stable release are defined below.

The following requirements do not affect each other and can be worked upon simultaneously.

To ensure backwards-compatibility, a new test suite must be created for nupic.core that exercises all public API endpoints. These tests do not need to be extensive functional tests, but they do need to validate the signatures of the endpoints (both input and output) and assert basic expectations about the structure of the public API. This test suite MUST cover all classes and functions that are expected to be a part of the API. 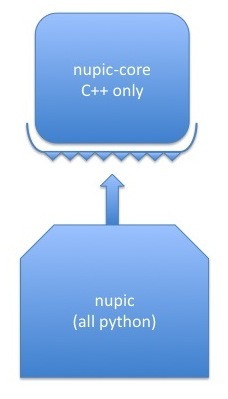 The API tests exist to establish a contract that can be run in the CI pipeline that will identify breaking API changes in future pull requests. It also makes it obvious for reviewers when a PR modifies an API tests that backwards compatibility is intentionally being broken.

2. Consolidate All CLA Algorithms in nupic.core

nupic.core MUST contain all CLA algorithms before it can be released, simply because it is incomplete otherwise. 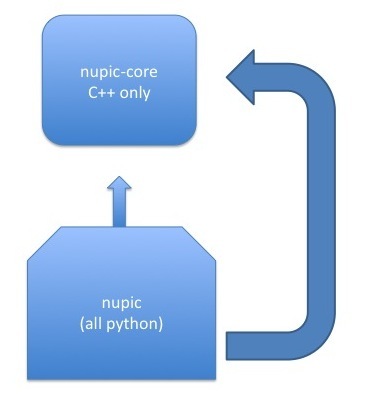 The following necessary components must be translated from Python in nupic into C++ in nupic.core:

This should not change the nupic.core API defined by the API tests.

Creating a stable release fork for nupic.core is essential for client programmers to create tools for running NuPIC in different environments.

We’ll discuss options for the mechanics of this work on the nupic-hackers mailing list at the appropriate time and fill this section in with the results.

Our first official client library will be a conversion of nupic into nupic-py (bindings) and nupic-py-client (OPF client). This will be a functional example of how to create a client for other programmers of bindings and clients.

Work on this step can be done immediately after Step 1 above is complete. Steps 2/3 above are not prerequisites. 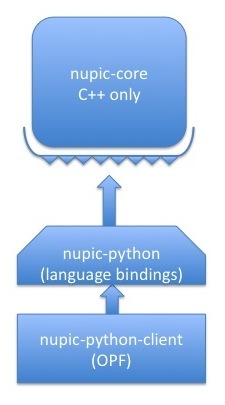 Is this inline with the htm.java roadmap? Is htm.java going to stay a port? C# is my current wheelhouse… I was investigating whether or not I could bind/wrap nupic.core with it, but it seems not all has moved there and its in maintenance mode, of course.

This plan has nothing to do with htm.java. It is going to stay a port. I think you can create C# bindings for nupic.core using swig.

Cool. That’s what I was hoping. I was planning on using Swig… I’ll keep going, although I see @chhenning is working on a VS 2017 branch… might wait for that.