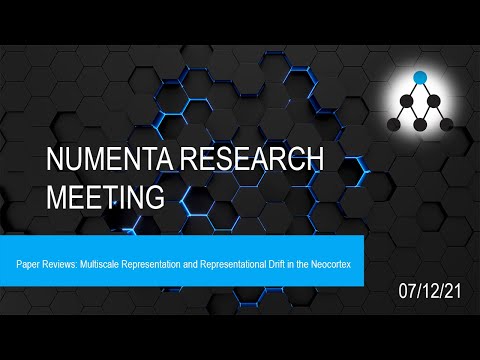 We reviewed 2 papers in this research meeting. First, Numenta intern Jack Schenkman reviewed the paper “Multiscale representation of very large environments in the hippocampus of flying bats” by Eliav et al. The paper proposes a multiscale neuronal encoding scheme of place cells for spatial perception. The team then raised a few questions and discussed.

Next, our researcher Ben Cohen reviewed the paper “Representational drift in primary olfactory cortex” by Schoonover et al. The paper shows that single neuron firing rate responses to odor in the anterior piriform core are stable within a day, but continuously drift overtime. The team then discussed the notion of representational drift in the context of Numenta’s work.

Great reviews. And great discussion. Thanks so much.

One possible explanation for variability in scale for place cells when the animal is introduced in a larger area (discussed at around 25:00), could be that when the animal is moving over longer distances at higher speed, the place cell neuron is presented with lower resolution input from the environment. And thus the neuron forms representations of wider spread out landmarks.

Maybe not, like @subutai suggested on a spacial pooler level, but on the dendritic level. Place cell neurons (I imagine) have many dendritic segments too. And so patterns for small areas with more detailed inputs (high resolution) could coexist with patterns developed in large areas, traversed at high speed and hence procuring lower details to the neuron’s dendrites.

This seems to be related to the second paper. The representational drift is in V1 (doh!) 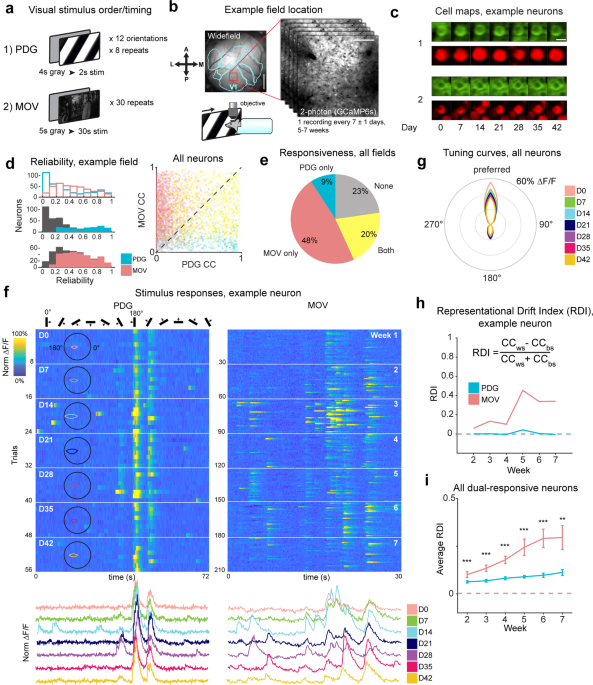 Here, the authors find that representational drift in visual cortex differs depending on the sensory stimulus, suggesting that the stability of neuronal responses is not a fixed property of individual cells, but rather depends on the encoded...