[Talk] Can You See a Thought? Neuronal Ensembles as Emergent Units of Cortical Function

An interesting talk given on the manipulation of neuronal groups, albeit small ones :). For those into Hebb, neuronal group selection etc it might be of interest. The cool thing for me beyond just the technology to identify individual neurons was on what they did next having done so. Using a rat as a model, they hooked up this photonic device to track neurons that fired during specific stimulus, actions (viewing vertical / horizontal lines), movement and i believe reinforcement (sweet juice used to invoke tongue licking).

After / during experiments they were able to identify neuronal groups of cells that fire together for specific stimulus or actions. But the cool (scary) thing was that they could then use the photonic device to stimulate the identified neuronal groups of cells (without visual cues etc as before) to invoke a response, in this case causing the rat to undertake a licking motion. Pretty neat if you ask me :). 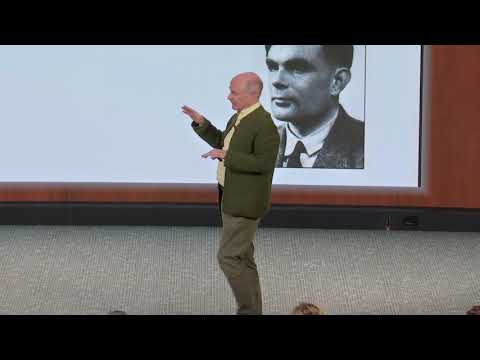 IBM Research hosts a fascinating seminar with Rafael Yuste, a world leader in optical methods for brain research. According to Professor Yuste, lifting neuroscience studies from looking at neurons one at a time to ensembles or functional units is key in our quest to understanding how brains work.

Rafael Yuste is a Professor of Biological Sciences and Neuroscience at Columbia University and Co-director of the Kavli Foundations Institute for Neural Circuitry. He recently helped launch the BRAIN Initiative, a large-scale scientific project to systematically record and manipulate the activity of complete neural circuits.

In this seminar, Rafael Yuste shows the results from his group’s two-photon holographic methods to selectively image and manipulate the activity of neuronal populations in 3D in vivo. These experiments – from imaging neuron activities, triggering of neuron ensemble activities, and even altering behavioral choices bi-directionally – are shedding light on the possibility of neuronal ensembles being functional building blocks of cortical circuits.

Conventional artifical networks break up information into statistcal channels. Those channels may overlap because there are too many parameters. Fast Transform neural networks use fewer parameters and have more precise statistical channels.
That sounds very different from the world of fire together, wire together (3Dish) ensembles.