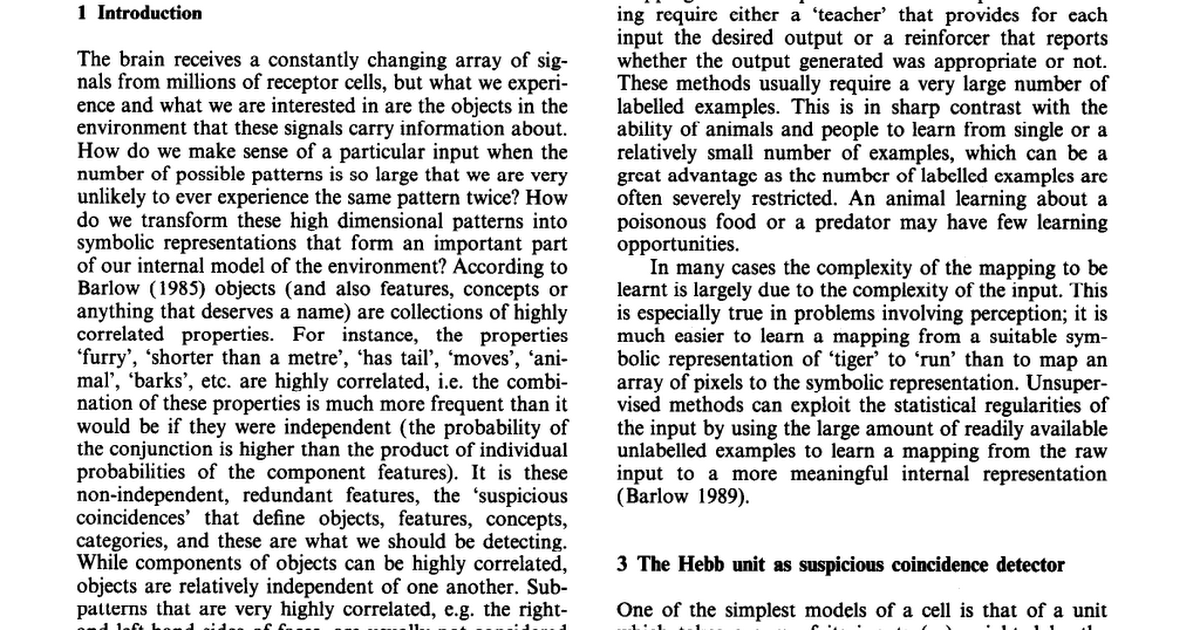 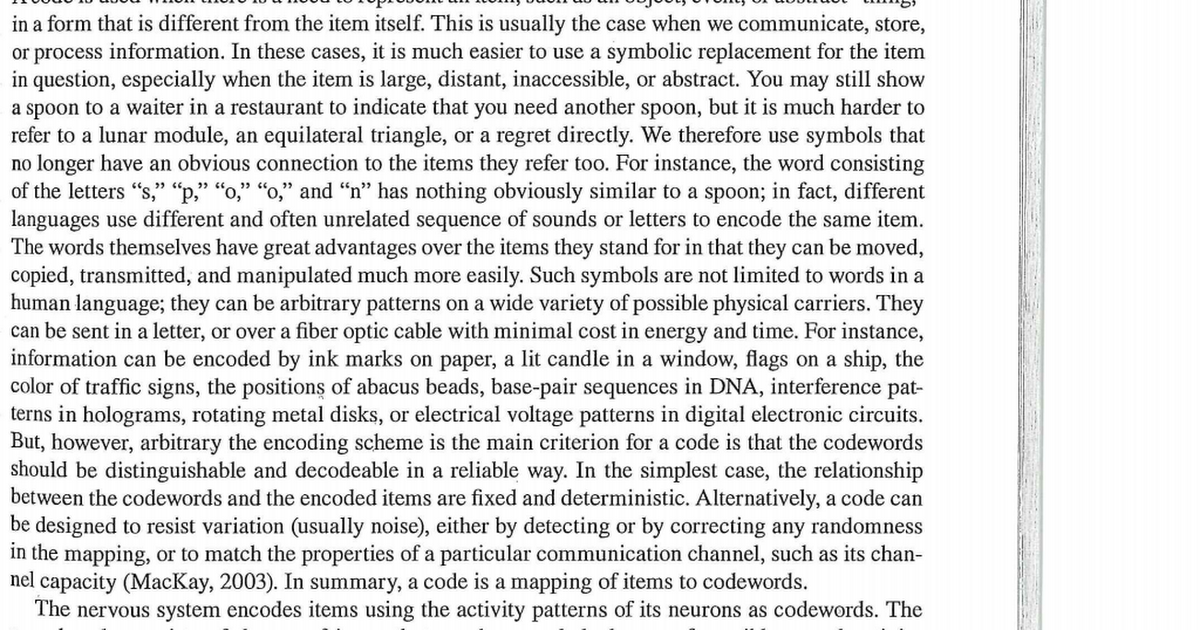 I think it’s interesting that (Foldiak 90)'s model had excitatory neurons directly inhibiting each other, instead of using a layer of inhibitory neurons.

The result is that sometimes the input is represented by a single cell. Foldiak refers to this as “local” encoding. Another term is “grandmother” cell.

This demonstrates the role of inhibitory neurons in producing the right level of sparsity, in the “Goldilocks” range in between too dense or too sparse.