Have any ML researchers/engineers outside Numenta tried applying its ideas?

If not, what would be needed for members of the broader ML community to take a serious interest in Numenta’s theory and research?

I have yes, for the purpose of biometric identification.
I used HTM to learn the behavioral sequences of ~40 different human controllers playing a simple computer game.
The idea was to use these 40 models to to identify who was playing, based on only the raw control behaviors streaming in. 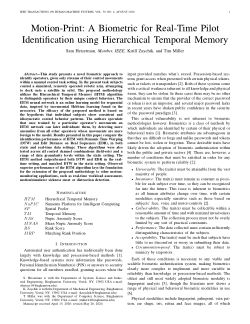 This study presents a novel biometric approach to identify operators, given only streams of their control movements within a manual control task setting. In the present task subjects control a simulated, remotely operated robotic arm, attempting to...

But more than that I’d recommend checking out NAB if you haven’t yet.
Numenta created an anomaly detection benchmark using ~60 data sets with labeled anomalies, then ran HTM along with a few other algorithms and evaluated them based on the known true anomalies. It showed that HTM could work robustly across different data from different domains and different levels of noise, matching or besting all competitors.

what would be needed for members of the broader ML community to take a serious interest in Numenta’s theory and research?

I think most of what’s needed is awareness.
HTM is structured differently than the better known ML algorithms like LSTM, which enables it to excel at online learning from data streams and without hyper parameter optimization.
I suspect that once more practitioners find out about it, many will try it out for temporal anomaly detection where it’s known to shine.

I’ve done some gedankenexperimentieren, does that count?

No. Even old Albert had to follow up his gedankexperimented with math formulas

Hello, I’ve been following Numenta since 2008 and talked with Jeff and Subutai about their work and its applicability to financial data. In 2019, we started working on “Hierarchical Sequences” Algorithm (not official name) to incorporate a new data structure (realistic neuron based NN) without complex computation like spatial/temporal pooling.
Did you use their open source HTM (quite old) or implemented it yourself ?

I use open source, NuPIC at first and then htm.core.
I actually wrote a wrapper for htm.core to scale across projects.
But you wrote your own Hierarchical Sequences algorithm it sounds like?
Is that similar to HTM in some ways?
The financial realm is obviously fascinating, and I’d be really quite curious how you position your alg and how it’s going.