I would add that even though the competition at the L2/3 level runs at the gamma rate the output of the competition is every 4 cycles, or the alpha rate. The operations on the object layer battleground take some time to work out so that the results are available for the slower-going alpha rate components.

Are the live-streams helping this conversation? I could do another tomorrow and review the posts since the last one.

I imagine the big picture, but how could an action potential be selectively propagated through the horizontal axon terminals of a pyramidal neuron, but not through its map2map projection axon terminals at the same time ?

Sounds only possible if there are some Chandelier-like inhibitory neurons that project not directly on the axon hillock or initial segment of pyramidal cells, but a little further away. Does it ?

The map-2-map projections are only one of the rising axons on the L1 jungle. If you think of it that way it is more of a hint and not an imperative command. You also have to remember that in the biology, the output from the neuron is a spike train - not a hard 1/0 - so these hints get stronger as a given L2/3 cell is more influenced by it’s inputs.

@Paul_Lamb @bitking What happens if the input activations to the TM (L5) are not sparse? Does it matter?

What happens if the input activations to the TM (L5) are not sparse? Does it matter?

It does (TM behaves badly without sparse activation) I think the output of the object layer must always be sparse, even when it is unstable due to not recognizing what is being sensed.

If you look at the MRIs of brains there are usually large areas that are not doing very much.

The output from this idle state would be less than an active hex-grid pattern; not enough to confuse the L5 layer.

I see this as the background balance of inhibitory and excitatory cells maintaining some low level of homeostasis. It takes some coordinated recognition to organize the hex-grid and suppress the rest of the cell population to make the grid stand out even more.

This is just idle conjectures but I suspect that the total amount of L2/3 activation between when a hex-grid is formed and the idle hum is about the same.

I will conjecture further that the level of column activity is the highest when the L5 bursts to signal novelty, and much less when an active recognition is happening.

I think I have now a better understanding of the L2/3 dynamics.
I will rephrase and expand the idea with my words.

A map is a continuous subregion of the cortex which can form stable hex-grid patterns on its L2/3 layer.
Each stable hex-grid pattern corresponds to the representation of an object/concept at the map level.
The human neocortex is composed of thousands (ten of thousands ?) of those maps, so an object/concept is represented in parallel in numerous maps at the same time (see TBT)

In a given map, 3 “external” forces are at play to form a stable hex-grid pattern in L2/3:

At the cellular level, the strong map-2-map input corresponds to a bursting mode happening at each downside of alpha oscillation.
This would be in line with experimental results which show that “gamma amplitude and burst duration are inversely related to alpha amplitude”

Concerning the sensory inputs, they could theoretically arrive in L2/3 at any time but they will have a stronger impact if they are phase-locked to alpha oscillations, because they will have more time to influence the hex-grid formation before it is broadcasted to the other maps. That’s why the brain has optimized this timing to do active sensing (for example: by synchronizing the saccades with alpha cycle).

I haven’t thought much about the link with temporal predictions yet. I understand that this is the next piece of the puzzle to get closer to a coherent theory with SP/TP/TM (and that the thalamus will be involved).

A map is a continuous subregion of the cortex which can form stable hex-grid patterns on its L2/3 layer.
Each stable hex-grid pattern corresponds to the representation of an object/concept at the map level.
The human neocortex is composed of thousands (ten of thousands ?) of those maps, so an object/concept is represented in parallel in numerous maps at the same time (see TBT)

I would offer a minor correction: For a more in depth view of maps I offer this post of mine:

This is a companion to the post HTM Columns into Grids Sure Grids are cool - News Flash- so are Maps! The reinforcement within and between maps goes a long way towards a general solution of the binding problem. One of the “breakthroughs” for me is that the cortical.io people have formed the SOM all in a single batch. While very powerful this is not biologically plausible; the brain learns online as data is presented to it. I am thinking that with an attractor model that is formed as the c…

You did very well.

These are excellent references and I can see that you grasp the concepts to the detail necessary to start to see how it in embodied in the biology.

I am hoping that as we start to see funcional models expressed in code there will be more light shed into the large scale structure of the functioning of the brain. Many disparate models and papers should have a basic framework to tie them all together, much the same way that tectonic plate theory greatly enhanced our understanding of geology.

The interaction with the thalamus and L6 is also very important and I suggest that an excellent starting place is this paper. I found it to be a hard read but well worth the effort:

A very recent competing / complementary model of deep predictive coding in the brain. O’Reilly, Randall C., Dean R. Wyatte, and John Rohrlich. "Deep Predictive Learning: A Comprehensive Model of Three Visual Streams." Abstract: How does the neocortex learn and develop the foundations of all our high-level cognitive abilities? We present a comprehensive framework spanning biological, computational, and cognitive levels, with a clear theoretical continuity between levels, providing a coherent…

Nice ones !
Maybe you’d be interested in this one:

If you can make sense of all this (and possibly tied to a model of L2/3 grid formation as being discussed in this thread), I’d definitely like to hear from you.

Yes, I have read that cortex in a dish starts resonance all by itself but I think that the thalamus is a master conductor to coordinate how different area process “the contents of consciousness” so that spike timing can work to transfer the information as learning between areas.

I read somewhere that the thalamic reticular nucleus has spindle oscillations when isolated from the rest of the thalamus. I forget whether they also severed the inputs from the cortex.

It is SO annoying to remember some factoid like that and not know where you read it. I get this all the time. It helps a bit to have the internet and google but then you get so many hits that the paper you are looking for is still a needle in a haystack.

I was actually just being too lazy to find it in my notes with ctrl+f to find spindles. I know what you mean though. It can really feel like a needle in a haystack.


Info sited on the 1st page: TRN has spindles when isolated from the rest of the thalamus, and thalamic nuclei require connections with TRN for them to have spindle oscillations. When TRN is isolated, the cortex lacks spindles so the cortex doesn’t cause them, although their citation for that is a bit ambiguous so I’m not 100% sure it’s true.
1 Like
mthiboust September 13, 2019, 5:57pm #161

Thanks for the reading advice. In fact, I tried to read this paper a year ago, but I needed some prior knowledge that I hadn’t at the time. I will give it a new try! 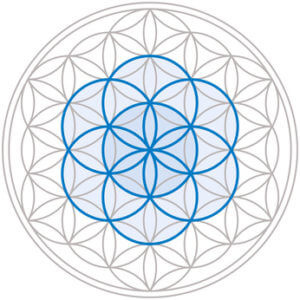 If I remember correctly, Calvin mentioned that he was inspired by tiles in a garden path.

I came across this underrated paper a few weeks ago (only 3 citations since 2017!). Its content gives detailed information about the topology and connections between L2/3 pyramidal neurons. It is a useful read in addition to this thread.

A biological blueprint for the axons of superficial layer pyramidal cells in...

Pyramidal cells in the superficial layers of neocortex of higher mammals form a lateral network of axon clusters known as the ‘daisy’ network. The role of these axon clusters remains speculative and we still lack a comprehensive quantitative ...

You can go directly to the “Summary of principal findings” part of the paper.
There is a graphical summary with main connection patterns (in each subfigure, left part is what happens commonly, right part does not happen or only rarely) 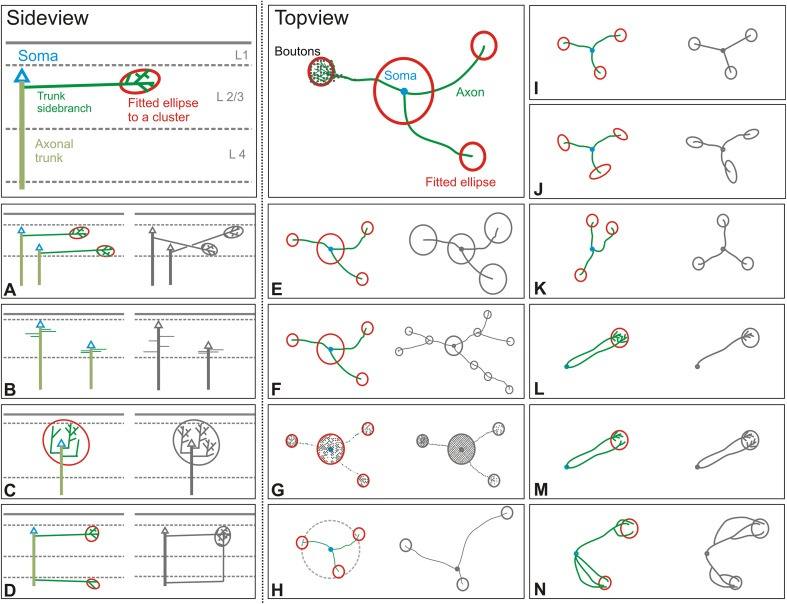 Direct link to the figure and its legend: https://www.ncbi.nlm.nih.gov/pmc/articles/PMC5676815/figure/Fig12/?report=objectonly

I think Jeff might have already read this, because he mentioned the behavior explained in column 2 to me in the past. I will read it for sure.

Wow - brilliant write-up. I always enjoy reading your posts (though I haven’t been active here for a while).

I have been playing with the idea of hexagonal columns. The funny thing is; I was simply trying to determine why it felt right. I’m happy to see that my gut instinct wasn’t forcing me through hours of contemplating something that really had no merit. Reading this was just awesome.

I wonder; how difficult would it be to mathematically/computationally build and analyze higher dimensional networks (I’m NOT talking about multidimensional NNs), in search of unique higher dimensional spacial properties that - much like the properties you’ve described are mostly convertible into a digital representation of itself without losing utility - might spawn some insight into new network methodologies.

Sorry if that’s a mess to read. I just pulled an all-nighter finishing taxes AND coding. My brain is oatmeal right now.