The point is that bursting isn’t binary and that might be important for the concepts describing attention.

I found some fMRI experiments which explore the stimulus threshold for conscious perception. See figure 4A of the following article, which shows that a sound can be detected and processed without being consciously noticed. Sounds which are consciously noticed have stronger responses and activity caused by the sound spreads to many more cortical areas.

Abstract While a considerable body of experimental data has been accumulated on the differences between conscious and non-conscious processing, a theory is needed to bridge the neuro-psychological gap and establish a causal relationship between objective neurophysiological data and subjective reports. In the present review, we first briefly outline the detailed postulates and predictions of our working hypothesis, referred to as the global neuronal workspace (GNW) model. We then compare these predictions to experimental studies that have attempted to delineate the physiological signatures of conscious sensory perception by contrasting it with subliminal processing, using a variety of methods: behavioral, PET and fMRI imaging, time-resolved imaging with ERP and MEG, and finally single-cell electrophysiology. In a final section, we examine the relevance of these findings for pathologies of consciousness in coma and vegetative states.

Although the above article describes a framework for attention, I haven’t finished reading it and can’t say if it agrees with my hypothesis about attention.

If you search I have posted a few papers on “global workspace” on this forum.
I am certain that this is an important piece of the puzzle in understanding cognition.
The transition from sub-cortical attention to “consciousness ignition” may dovetail quite nicely with where I think you are going. 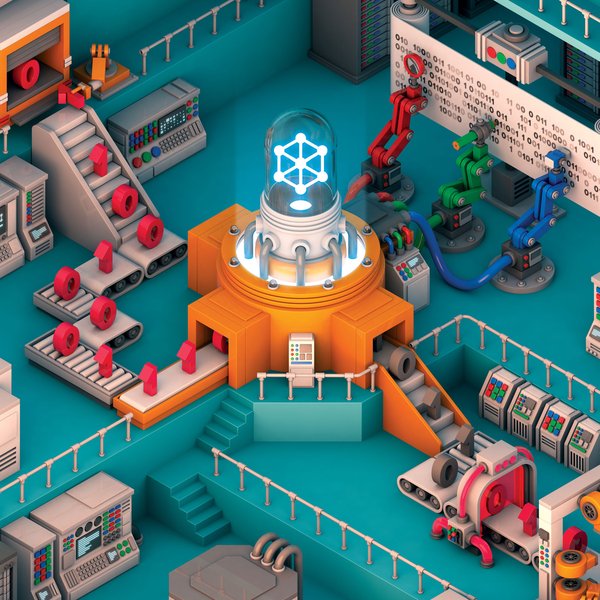 In a study in Nature, we introduce a form of memory-augmented neural network called a differentiable neural computer, and show that it can learn to use its memory to answer questions about complex, structured data, including artificially generated...

Differential neural computers (DNC) have inspired my thinking by showing what reinforcement learning (RL) is capable of.

This is a review article about the Global Neuronal Workspace (GNW) theory, which is a theory of consciousness. I found the review to be interesting and with many things to discuss. They have gathered and interpreted a lot of evidence, including brain recordings of test subjects who reported their conscious experience. They have further evidence gathered from clinical patients with diseases of consciousness (comas and such). They have some simulations as well, though I am still sceptical of that work.

The GNW theory supports the hypothesis that BAC-firing is a critical part of attention.

One of their main findings is that conscious experiences are all-or-nothing events, either you perceive it or you don’t. They find that conscious experience proceeds in two stages: for about 100-300 msec after stimulus onset the cortex processes the information using low frequency spikes, and then if and only if the stimuli is consciously detected the activity ‘ignites’. The ignition consists of a sudden increase in cortical activity and an increase in high-frequency activity which can persist for seconds.

Assume that I am a little slow and need more explanation: How does your BAC attention theory tie into the GNW and thalamus mediated attention models that I am familiar with.

I have read your original post several times and I am not seeing the connection.

I understand the proposed local modulation of the cellular compartments so you can start there if it helps.
For that matter - I am skeptical of the Larkum cellular back-prop proposal.

How does your BAC attention theory tie into the GNW and thalamus mediated attention models that I am familiar with.

Their simulations agree that conscious percepts enter into cells via apical dendrites. From (Deheane 2011):

In GNW simulations, conscious broadcasting manifests itself as a slow depolarization of layer II/III apical dendrites of pyramidal dendrites in a subset of target GNW neurons.

Their theory agrees that sustained high-frequency firing is a hallmark of conscious perception. BAC firing is a phenomenon where an AP immediately followed by an apical depolarization causes the cell to emit APs at a high frequency.

Their simulations agree that conscious percepts enter into cells via apical dendrites. From (Deheane 2011):

In GNW simulations, conscious broadcasting manifests itself as a slow depolarization of layer II/III apical dendrites of pyramidal dendrites in a subset of target GNW neurons.

Their theory agrees that sustained high-frequency firing is a hallmark of conscious perception. BAC firing is a phenomenon where an AP immediately followed by an apical depolarization causes the cell to emit APs at a high frequency.

That slow depolarization of the apical dendrite is probably from feedback from feedforward thalamus activating metabotropic receptors.

Properties of the thalamic projection from the posterior medial nucleus to...

There are lots of reports of apical plateau potentials lasting seconds supposedly caused by calcium channels, but that seems to be because of using glutamate iontophoresis and/or calcium imaging.

That’s not entirely inconsistent with what you’re saying, but slow apical depolarizations are not necessarily bursts. Even if they include bursts, those bursts might be switches in conscious perception rather than conscious perception itself. You should look for some more evidence which uses different methods, like direct recordings of spikes. There are usually many ways to interpret results and always the risk of not knowing some possible causes of those results. I won’t be too convinced unless you describe how different pieces of evidence come together to create some sort of narrative, where everything together points towards one interpretation and away from others. That narrative doesn’t have to just be hard neuroscience results. Things like explaining how the brain does some high level cognitive things, suggesting a powerful function or framework, or some mechanism working in code can also contribute.

Interesting ideas are useful too, of course, but that’s because they can act as frameworks for figuring out more.

That slow depolarization of the apical dendrite is probably from feedback from feedforward thalamus activating metabotropic receptors.

Sigh, I should not have quoted (Dehaene 2011) about their simulations. Their apical dendrites have slow depolarization characteristics because their model assumes that basal dendrites have fast AMPA receptors, but that apical dendrites have only the slower NMDA receptors. I think that the reason they do this is to make the model match their observations and experimental evidence results. By making a few assumptions about the details they were able to show that the overall theory works.

NMDA receptors have similar timescales to apical calcium spikes I think, so it might not be too slow. Apical dendrites (at least the tuft beyond the calcium zone) have NMDA receptors. I don’t know if they have AMPA receptors, but they probably do. I don’t know if any of these things are problems because it depends on what they observed and all that. If the dendritic depolarizations don’t last many hundreds of milliseconds, especially if they last less than maybe 100 ms, they probably didn’t observe metabotropic events.

I don’t know how it would work, but it might be like that in the thalamus. After being hyperpolarized for a little while, depolarization causes thalamic cells to burst, so maybe some sort of change in what is being represented because it has been surprised. That depends on what the feedback signals from cortex to thalamus do though.

Um, it’s supposed to be a highly local flavor of back-prop.

So how do you tie “that pattern way up there” to “this pattern down here” in a single cell? Cytokine backbones? Evil magic?

Learning a single pattern on one cell? Nope - I don’t do grandmother cells.

I can see how to use a network of neurons to make and pass patterns - I can’t see any viable mechanisms to do it in a single cell.

To be clear in this context: back propagation does not refer to back propagating an error signal, or any kind of gradient-descent optimization. It refers to an AP which travels (“propagates”) from the soma “backwards” to the dendrites. From Larkum 2013:

Originally, coined ‘backpropagation-activated Ca 2+ spike firing’ (or ‘BAC firing’), the coincidence of synaptic input to the tuft dendrite with a single ‘backpropagating’ spike at the cell body halves the current threshold for a dendritic Ca 2+ spike, thereby triggering a burst of multiple action potentials [69] (Figure 2a).

My bad. I scan 25 or so papers a day looking for interesting content.
In the preliminary scan I look for keywords and if that triggers my attention I read the introduction and summary. If these pass I progress to spending the time to dig into the paper. If that passes muster I move on to a detailed analysis.

On this paper I keyed of the back-prop and a quick look to see if there was some possible way to actually pull that off in a single cell. With this orientation I did not see anything to support that and dropped it. I did read your exposition and thought that you were re-purposing the mechanism for attention.

I have to say that it did not help that this bit was in your introduction before I looked at the paper “an associative mechanism built in at the cellular level to the basic cortical neuronal unit: the pyramidal cell. The mechanism is robustly triggered by coincident input to opposite poles of the neuron” This is what led me to believe that there was some sort of local pattern matching being proposed.