Research: consciousness is to predict what follows action

I normally don’t care for consciousness, but this is an interesting perspective: 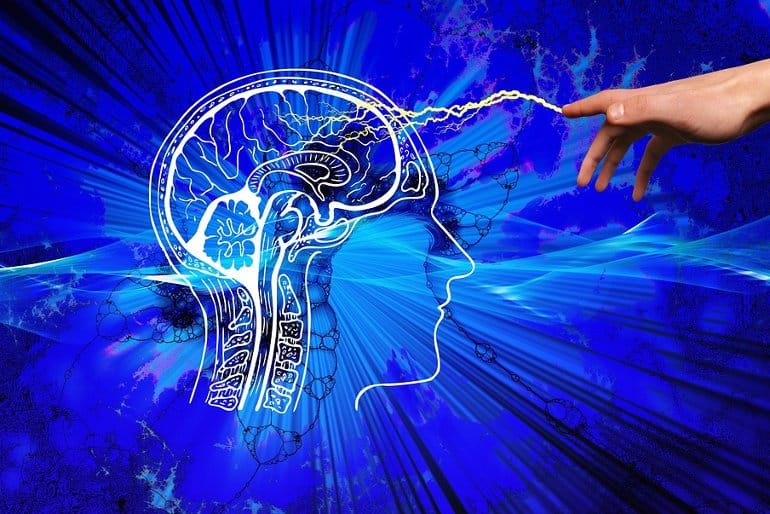 A new theory of consciousness suggests decisions are made unconsciously, then about half a second later, they become conscious.

Consciousness as a Memory System : Cognitive and Behavioral Neurology

e to forgetting and false memories. However, if we believe that episodic memory developed to flexibly and creatively combine and rearrange memories of prior events in order to plan for the future, then it is quite a good system. We argue that...

“In a nutshell, our theory is that consciousness developed as a memory system that is used by our unconscious brain to help us flexibly and creatively imagine the future and plan accordingly,

I can’t help but notice how coy they are about placing the subconscious functions in the subcortex.
I have some papers that measure the origin of the conscious precursors squarely in subcortical structures.

You know, the boss!

Almost everything in the brain is subconscious, especially in the cortex.

Summary: A new theory of consciousness suggests decisions are made unconsciously, then about half a second later, they become conscious.

I think the author either didn’t read the paper, or didn’t understand it. That summary statement is what Benjamin Libet published in 1983.

“In a nutshell, our theory is that consciousness developed as a memory system that is used by our unconscious brain to help us flexibly and creatively imagine the future and plan accordingly."

That may speculate why consciousness developed, but not how, and even less how it works.

I normally don’t care for consciousness, but…

I appreciate your fairness. Thanks for the links.

even less how it works.

My opinion on that is covered here:

I don’t see what makes it “one” then. Not everything that happens at the same time in the brain is one representation. Composition of GNW is changing all the time, globally active neurons can become locally active and vice versa? Also, that “concatenated” SDR probably won’t be in the same dendrite? It’s likely to be multiple concurrently active dendrites, with outputs summed in the soma? I think the reason why singular consciousness exists, vs. just massively parallel processing in the brain…

A bit off-topic wrt OP article, but I think it supports my opinion about WTA in TRN: " Intrathalamic Inhibition of HO Thalamus A central regulator of thalamic function is feedback inhibition via thalamic reticular nucleus (TRN), a thin layer of GABAergic neurons partially encapsulating the relay nuclei which project to cortex (Pinault, 2004). As well as TC afferents to cortex, thalamic relay neurons also send thalamoreticular projections to TRN which in turn provide feedback inhibition to re…

A new theory of consciousness suggests decisions are made unconsciously, then about half a second later, they become conscious.

I thought I already knew that. When did it become new?

The idea here is that consciousness exist to focus on predicting consequences of decisions, rather than to make these decisions. I think it’s a novel perspective.

Not a thing new here, just repackaging. That said, get with consciousness any way that you can, it is the spice that separates us from animals and machines.

but should we assume animals aren’t conscious?, I’d say with confidence my dog is as conscious as me even if I cant prove it.

In my view perceived internal consciousness is inescapably linked with introspection and the inner voice, which itself is a manifestation of language. I don’t think dogs have that.

Conscious in the sense of aware of and reacting to the environment, yes your dog is that (unless it’s asleep or anaesthetised).

Before we attempt to answer these questions, we should clarify what we mean when we use the word consciousness . For the most part, we mean what William James (1890) meant when he used the term: our own personal experience of perceiving, thinking, emoting, and acting. Self-consciousness, that is, being conscious of our selves as thinking entities (à la Descartes), would certainly be included in what we mean, but only a small part of it. Similarly, the various so-called levels of consciousness, as measured by the Glasgow Coma Scale (Teasdale and Jennett, 1974), including conscious, confused, delirious, somnolent, obtunded, stuporous, and comatose (Posner et al, 2019), would be included in our use.

I agree with that definition. But I also agree that sometimes there’s a need to talk about the individual sub-types. The paper here looks at consciousness as the broad phenomenon.

You can’t even prove you are conscious, people forget there is no formal proof of it

discussing about consciousness is sometimes pointless but is not gonna hurt anybody.

In my view perceived internal consciousness is inescapably linked with introspection and the inner voice, which itself is a manifestation of language. I don’t think dogs have that.

Conscious in the sense of aware of and reacting to the environment, yes your dog is that (unless it’s asleep or anaesthetised).

if by inner voice you mean the inner monologue, just want to note that some people dont have it, there’s just silence in their heads and they are still conscious.

my definition of consciousness is more of the qualia type, I view it as having an internal subjective experience, simply perception of existence / feeling of any kind.

So many consciousnesses, so little time.

I suspect that much of the confusion about consciousness is a lack of agreement on what is being described when you use the word.

Reading up the thread, I see:

I’m sure I missed something but the list is clearly long.

I liken this the problems that arise when you mix weight, mass, and force. A pound of mass is not the same thing as a pound force but they use the same pound descriptive term.

Or the common confusion between accuracy, resolution, and precision. They really are different things.

A first step is to agree on what is being described.

No so much a prejudiced view as a level of consciousness. C is a spectrum and it starts with perception. Jaynes rejected this and did not include perception in C and went so far as to argue:

Perception is sensing a stimulus and responding appropriately. And this can happen on a nonconscious level, as I have tried to describe in driving a car. Another way to look at the problem is to remember the behavior of white blood cells, which certainly perceive bacteria and respond appropriately by devouring them. To equate consciousness with perception is thus tantamount to saying that we have six thousand conscious entities per cubic millimeter of blood whirling around in our circulatory system — which I think is a reductio ad absurdum.

One of the best approaches to C, IMO, is Tononi’s ‘Phi’ system, a part of his information integration theory (IIT) of consciousness. To wit…

When we get to the highest levels of C, language is required and we (so far) are the only ones who have it. It isn’t enough to be able to respond to speech with a spoken answer, this is where we get into inner speech, timelines and personal narratives, which our machines don’t quite have, as yet.

So, putting words in your mouth, dogs can be conscious, just not as conscious as fluently speaking critters.

And at the risk of enabling panpsychism, this continuum can be extended to a very low level, such as the offered white blood cell example.

Tbh, I’m kinda on the panpsychist side.

The only way I can think there can be a distinction between conscious and non-conscious entities is if there’s some kind of phase transition keeps both classes separate, either by a threshold or by enforcing a supercritical state.

But no matter how I look at it, if there’s a continuum, then everything on the continuum is conscious to some degree.

But I’d bet that consiousness is an “illusion”, I suspect what we call “Qualia” is just the underlying data being represented by the SDRs, in the sensory buffer. in this sense the unconscious processes are also being experienced in some way but they don’t have direct access to the same buffer “we” live in so we don’t perceive it.

And my panpsychist take is that if a conscious state is just data, then whats to say one piece of data is better than another, data is just information and all information is a potential experience.