Silence for thought: Special interneuron networks in the human brain 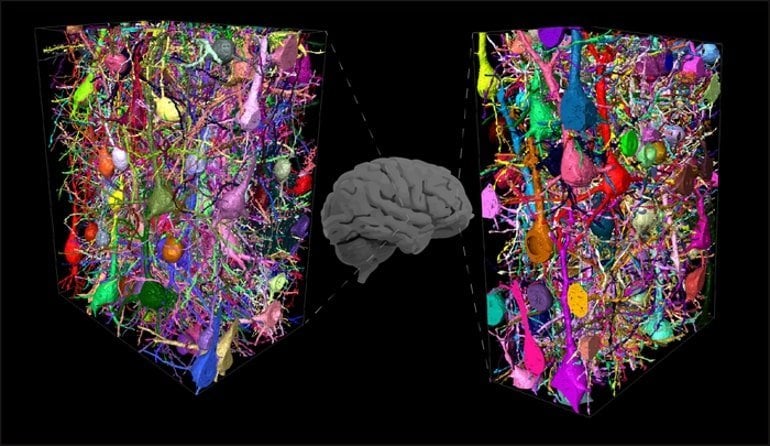 Silence for Thought: Special Interneuron Networks in the Human Brain -...

Helmstaedter and his team have discovered that human cortical networks have evolved a novel neuronal network type that is essentially absent in mice. This neuronal network relies on abundant connections between inhibitory interneurons.
“This suggests to us an almost ten-fold expansion of an interneuron-to-interneuron network”, says Sahil Loomba, one of the studies’ lead authors.

“Interneurons make about a fourth to a third of cortical nerve cells that behave in a very peculiar way: they are highly active, however, not to activate other neurons, rather to silence them. Just like kindergarten caretakers, or guards in the museum: their very laborious and highly energy consuming activity is to keep others peaceful, quiet”, explains Helmstaedter.

Theoretical work has suggested that such networks of silencers can prolong the time over which recent events can be kept in the neuronal network: expand the working memory.

“In fact, it is highly plausible that longer working memory will help you deal with more complex tasks, expand your ability for reasoning.
…
And last but not least: none of today’s main AI methods uses such interneuron-to-interneuron networks.”, says Helmstaedter. 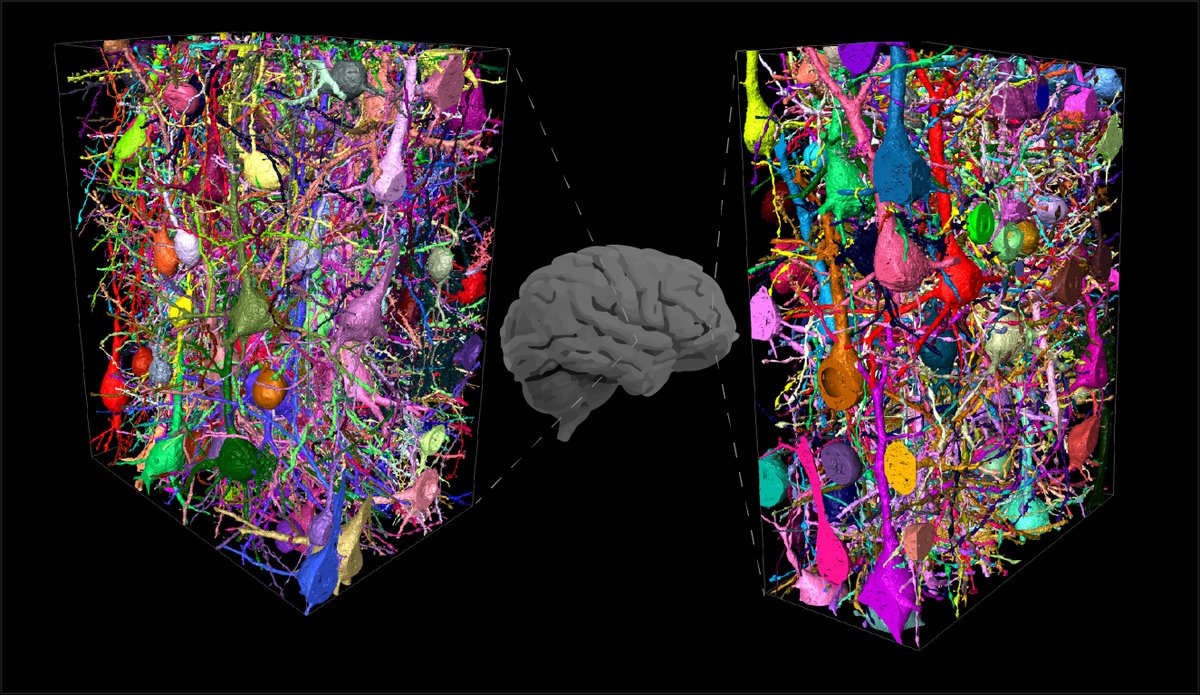 Scientists map prominent differences in the neural circuits of mice, monkeys, and human

This could be revolutionary, yet they contain it behind a paywall. Go figure.

This is the (non paywalled) paper which did the original measurements (Bakken et al., Nature 2021) mentioned in the twitter posts

The primary motor cortex (M1) is essential for voluntary fine-motor control and is functionally conserved across mammals1. Here, using high-throughput transcriptomic and epigenomic profiling of more than 450,000 single nuclei in humans, marmoset...