Which emotions are memory attached rather than derivatives?

The particular angle of the question is related to the memory association and not necessarily the function. Basically, when we hit our hand and say “ouch” or an alternative explitive of choice, that memory must attach the memory of an endorphin release and this is then part of the predictive result evaluation for the future ?

My thoeory is that behaviour (prediction) is ultimately that of emotional balance, i.e. the solution which creates an emotionally neutral overall response / balance end result, we seek the calm… The Yin-Yang of the brain, but only some of them attach to memories, whilst others are derivatives of other emotions/signals and are an internal type of feedback loop in evaluation of prediction ?

The balance process is maybe where the Amygdala actually fits, but is not directly involved in the memory formation process (“an intact amygdala is not required for expression of retention.” [3]) ?

Emotions are then also what we remember as a preference (rich highly interconnected memories), hence if you say to someone “you will remember this…” and then punch them in the arm, they will remember it far more easily… +surprise and +pain… scientific study sample size of 1 with my son during a talk about memory, hillarious and maybe not the best of examples…

Ok, whilst some of the above was purposefully way out of, err, rality, I’m hoping for a high score in zero response posts, purely to get people thinking…

Memories are emotionally keyed and re referenced frames of grids, you really neeed to take a step back and think about what happens in the whole decision process.

Reference frames are no different from a hand. They are a sensory input of dimensionality that we have trouble associating with, just like the stick man knowing what a pencil is. It’s just an input… abstract it… stop thinking human… change the dimensionality pertspective.

I’m of the bioevolution and neuropsychology based opinion that emotions should not be bothered with in respect of General AI; nor should sphincter reflexes!

Agreed. Emotion might be a bit like the sports button in your car: change the settings on a few parameters but not actually a necessary part of how the engine works.

Just so. Couldn’t agree more. Add introspection to the list.

But that begs the question: what exactly does define core GI?

My view is that the core rationale for animal intelligence is the ability to survive and thrive by finding novel behaviours faster than genetic evolution or adaptation. But I am yet to see a usable theory of GI that could be tested by hypothesis and experiment.

I would add survive, thrive, and behavior to the above list

Core GI is unsupervised perception-first pattern discovery.
Perception is a feedforward, action is a feedback, thus secondary and instrumental.
In core-only GI, exploration is the end, not the means.
Pure curiosity uber alles.

We have only ever observed GI in animals (including ourselves), and only by virtue of the actions they take.

I see no way to observe pattern discovery in isolation but please, feel free to outline a scientific experiment to demonstrate it.

The experiment is all of your experience, you just need to generalize over it. Yes, introspection of the highest order, I can’t do that for you. GI is a meta-generalization, the most abstract problem ever. That’s why we are so horrible at it.

This is about as wrong as it is possible to get. This has the hallmarks of alchemy, metaphysics, astrology.

But it’s not science and it has absolutely no prospect whatever of making any meaningful progress towards understanding GI and replicating it as AGI.

This has the hallmarks of alchemy, metaphysics, astrology.
But it’s not science and it has absolutely no prospect whatever of making any meaningful progress towards understanding GI and replicating it as AGI

That’s true w.r.t garden-variety fuzzy and shallow introspection, probably including your own. But take a look here: GitHub - boris-kz/CogAlg: This project is a Computer Vision implementation of general hierarchical pattern discovery principles introduced in README, do you see any alchemy, metaphysics, astrology, etc?

If I were to call you all complete and utter idiots and a waste of space, do you really believe that the initial emotional reaction is not changing your predictive pattern outcome in the cortex ?

Nature is ruthlessly efficient in energy conservation, so if emotions were really like a placebo button in a car why do we still have emotions ? 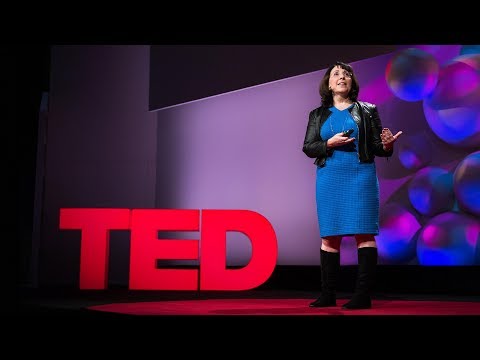 In order for use to “learn” emotions, they have to either be directly embeded in learning within the cortex or be derivatives triggered indirectly.

Pain is a response, with high temporal correlation to the event, while that heart flutter when you see the partnert of your dreams is also highly correlated. What may lag a bit is anger, you set of idiots, as this seems a more of a gradual type of release.

I’m not arguing about specifc names to the emotions (as that ends up in the black hole of time arguing about consiousness) as I’m more interested in the underlying chemicals and how they are correlated to memories, which can influence our behaviour.

Trauma is a very clear example of “emotions” having a drastic influence on behaviour and decisions.

If I were to call you all complete and utter idiots and a waste of space,

If that’s the case, why work on AI? Let’s just engage in reproduction and evolution will do the job.

Always funny to try and provoke emotions out of context in emails and forums.

Yeah, we just need to wait a few million years (I’m not wanting to be Fry in Futurama and put on ice… lol.) in the perspective of the millions of prior itterations that the human cortex developed in, would emotions have not become redundant and vanished if they are not critical to us (use it or loose it) ?

I have a theory and approach I’m working on and trying to sense check back to biological plausibility. Emotions are something we learn and therefore I don’t see how any approach emulating biology can be viable (maybe not the best choice of word) without them ?

Approaches that do not rely on emulating biology can avoid them and should still be able to work, but I’m not quite sure they will behave in a manner we would like.

but I’m not quite sure they will behave in a manner we would like.

I don’t think you really know what you like, and that’s very likely to change if you get smarter anyway.
Just think of what you liked at one year old.

This is about as wrong as it is possible to get. This has the hallmarks of alchemy, metaphysics, astrology.

Ok, maybe I need to re-phrase the question / title of the post… Which Neuromodulators via the EC and other routes are embeded learned patterns within the cortex, which by regulation of the modulators within “thought” alter the predictive pattern paths and therefore “emotionally” change our decisions (predictions).

I see neuromodulator balance in the brain is what we call and interpret after the event as “emotions” as part of our illusionary state that we call conciousness.

Mirror learning triggers releases and these levels or events are attached as parts of cortical pattern learning. The question is do we know which ones are direct mirrored patterning and which ones are actually derivatives driven by other primary triggers ?

To provide some thoughts and what I think my rough understanding / belief is at the moment :

Adrenaline + Noradrenaline both active - Stressed !!!
Stress - conflicted state of ready to do something but not knowing what to do (conflicting predictive states or low certainty)
Indecisive / irrational state - appears as erratic decisions
Random selection of best n predictions - temporal decay triggering of decision window - “Spock do something…”

For the above at the moment I’m not quite sure how some mirror learning triggers releases, i.e. for someone you have a high predictive state (i.e you know / care for them), seeing them crying will mirror some of the sadness (dopamine and seratonin decrease…)

Just some ideas, thoughts and maybe the odd neurotransmitter release…

Not to divert the thread, but I look on neurotransmitters and hormones like system interrupts. They control the execution direction of the brain and they are pre-cortex, most if not all go back to fish. Neurotransmitters are faster acting than hormones, so they may be likened to non-maskable.

A neurochemical hypothesis for the origin of hominids - PubMed

It has always been difficult to account for the evolution of certain human characters such as language, empathy, and altruism via individual reproductive success. However, the striatum, a subcortical region originally thought to be exclusively motor,...