Pretty good idea to open a thread on the paper

Its nice to see Numenta actually doing experiments and competing against benchmarks, but I suppose overall this paper was pretty mild. Pretty much some aspects of the experiments were … ‘weird’ to put it politely and comparison to DL baseline wasn’t an MoE despite it being the simplest and most equal architecture to what the authors propose minus the sparsity.

Using the one-hot encoded vector also seems a bit off IMO, this should be derived from the environment automatically and shouldn’t be there in the training at all? and then later on they ditch the idea for “prototypes” which is an even more bizarre concept?

(This was brought up by kilcher in the video in some form or the other too, so clarification regarding those points would be much appreciated)

Overall, I think the results I was looking for just weren’t there - though I applaud the effort and find their approach very interesting. looking forward to more papers aggressively grounding Numenta’s work

P.S: still a newbie in this field, my aim is to not take things offensively rather to simply express curiosity regarding some inconsistencies

I believe there will be an interview with some of the authors too. That will hopefully be even more interesting.

I agree it is good to see something concrete. That the approach uses SGD gives me the impression that HTM has been abandoned.

Can someone please explain some details upon how Permuted MNIST test works?

What I don’t get is:

MoE: majority of experts. It’s sort of like an ensemble voting mechanism. Depending on the context it could refer to a panel of humans attempting the same task, or an ensemble of classifiers.

Unless I am mistaken, the categories are the same for each task. The purpose of using one specific perturbation per task is to see if the network is susceptible to forgetting the previously learned associations when those samples are no longer included in the training set. In other words, does the internal mapping from inputs to outputs drift from the original (or any previous) dataset.

I believe there will be an interview with some of the authors too. 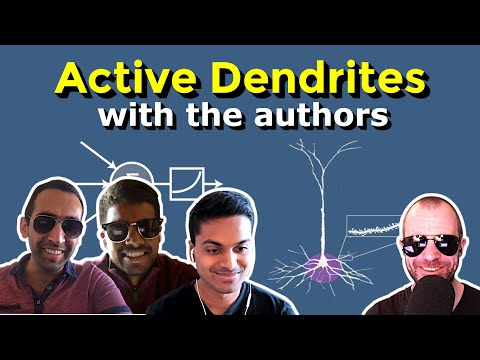 Big thanks to @abhi, Karan Grewal and @akash_velu. That was a great interview.

MoE: majority of experts. It’s sort of like an ensemble voting mechanism. Depending on the context it could refer to a panel of humans attempting the same task, or an ensemble of classifiers. They also show emerging scalability on-par with dense networks so I find them very intriguing?

Ye, just a tiny correction - “Mixture of Experts” or MoE is basically just like that, except its all learnty and routed implcitly rather than having explicit connections for what Numenta did. Analogously, the context vector and gating mechanism is learnt and regulated by backpropped gradients themselves.

but its a little weird all-in-all.

HTM has been abandoned.

Was it? I was under the understanding that TBT theory in his book relies heavily on HTM

It actually was not …

I hope you aren’t a troll, because you are pasting your name literally everywhere as if you’re some crown prince I am supposed to be in awe of…

It actually was not …

Was it? I was under the understanding that TBT theory in his book relies heavily on HTM

TBT does not go into much detail about the architecture of each “brain” and I think it relies more on the concept of reference frames than HTM. It is not clear to me that reference frames will be implemented using HTM - the lack of progress on the HTM repository and the focus on deep learning suggests a move away from HTM but that is just a guess on my part.

Seems be similar: Multiplexing Could Give Neural Networks a Big Boost - IEEE Spectrum
Basically multiplexing data streams is like a neuron is supposed to multiplex dendrites?

Seems quite different to me. “It could use this combined input to carry out multiple tasks that it is trained on at the same time, such as both recognizing names and classifying sentences, notes study senior author Karthik Narasimhan” This makes it sound like they have not actually benchmarked with multiple tasks yet.

I guess you could combine the multiplexing approach with the dendrites approach, for example, speeding up the training of the dendritic approach. The degree of sparsity might need to decrease to keep performance.

Something closer to the dendritic approach might have N tasks and N distinct sparse networks then train each network on one task. It would be interesting to know if this performs better or worse.

This is a somewhat related paper that raises and interesting question [1803.03635] The Lottery Ticket Hypothesis: Finding Sparse, Trainable Neural Networks Should sparsity be imposed by the architecture as per Numenta’s approach or should sparsity be found as an optimization of a potentially dense network? It seems likely to me that brains find an optimal sparse network but I don’t know the biology well enough to support that claim.

I think the difference is that they are multiplexing data streams through the whole multi-layer network, while HTM neuron is only multiplexing streams in one node of the network?
But that node has compartmentalized dendrites, so it’s effectively a 5-8 layer network itself: Single cortical neurons as deep artificial neural networks - ScienceDirect

I think the difference is that they are multiplexing data streams through the whole multi-layer network, while HTM neuron is only multiplexing streams in one node of the network?

My assumption is that they are combining multiple inputs into a single input. So instead of sending in X samples over X iterations you send in two samples at the same time i.e. X samples in X/2 iterations. The multiplexing approach is training one dense network whereas the dendrites approach can be thought of as training multiple sub-networks. The multiplexing approach should still suffer from catastrophic forgetting if they attempt continual learning.

My assumption is that they are combining multiple inputs into a single input.

Obviously, there is an output stage, but I was referring to what the input is i.e. it is not “data streams” going through the ANN but one “multiplexed” data stream. But I have not read the paper (just the article) so may be off on a tangent.

Ok so its a mixture not majority. Which means there can be one expert for each subdomain, in which case there is no vote it’s the designated expert output that counts.

That makes sense. To address some of your (@neel_g) issues with this paper:

The multiplexing approach should still suffer from catastrophic forgetting if they attempt continual learning.

Not if they multiplex data streams categorized as different, same as different input streams per dendrite / SDR. Catastrophic forgetting would be if those streams are actually active at the same time, not if only one has a significant number of non-zero elements.

Regarding on why testing against a “classical” MLP instead of other “context routing” proposals, my guess is that is very tricky thing to do because:

PS even the arguing whether learned tasks are better than “labeled” ones is still unclear how relevant it is. Apparently sure, unsupervised training is superior but:

All good, but that really defeats the purpose - because at that point I might as well just use if/else and load task-specific models

this isn’t robust, nor is it generalizable, nor is it biological (which is pretty much what Numenta attempts to do). It can be claimed as an advantage over DL which has no such extra information, but that seems like a minor nitpick IMO I am willing to let pass.

Which is indeed pretty weird - they compare to an absolutely vanilla MLP before, which I find a bit unexpected. one doesn’t compare to MLP if that task was CV, or NLP? there’s a reason why papers accepted at big conferences test against a ton of baselines

I would prefer some other DL architecture (perferably MoE, but honestly even vanilla RL stuff like A3C wouldn’t have been bad).

It’s not about showing whether other baselines can outperform Numenta’s work, but more about properly testing and giving an unbiased view of one’s finding - being genuinely interested in discovering new ideas - especially in a publication, rather than going against weak baselines just to get a paper out. I may be naive here to expect such fairplay, but I can’t help but yearn for a little more balanced community

“classical” MLP instead of other “context routing” proposals

Simply put, its a weak baseline. you wouldn’t claim to have made a new discovery using dictionary lookup outperforming linear regression in NLP. Rather, you would try using old baselines like LSTMs and if serious, go against big boys like transformers.

Using a specific RL task without comparing to RL baselines is a bit…unsettling for me. Again, might be sounding like a reviewer here but that’s just my opinions

very often task inference is more easy than the task itself

Its a very simple reason - the moment you enter into hardcoding tricks, it becomes more and more like cheating. that’s what GOFAI went, and you end up with Gary Marcus swelling over how his hardcoded manual-labour-spent-coding algo outperformed other competitors in NetHack.

Intelligent behaviour is emergent, no reason to expect our “intelligent” systems to not do so too.

If it doesn’t matter for this paper (and you think you can do without it) - simply put, remove it. try it. publish it.

Lastly, the thing that’s really striking is how the paper shifts from a one-hot encoded context vector to “prototypes”. The scientific method should be to compare both one-hot encoding and prototypes comparing with both experiments to confirm validity.

I love what Numenta is doing here, but my points are about this unexplained inconsistencies in their testing methodologies rather than the ideas, which give a little less crediblity IMHO