Why do we need the motor cortex, L5 and Cerebellum to control muscles?

Not being a neural scientist and generally not familiar with how neural science works. How do we know that L5 sends motor commands. If that’s the case why do need a motor cortex dedicated to controlling? Also why do we need a Cerebellum if we have the Neocortex and Motor cortex doing the job? Is there a way I can look to clear my confusions?

Disclaimer: I’m not a neuroscientist either

It may seem counter-intuitive because we like to think about the cortex as the smartest part of the brain which can directly send complex and specialized motor commands to execute complex actions. But in nominal operating mode, those projections are not enough to activate motor centers by themselves. I speculate that they only act as learning signals for subcortical structures.

To elaborate a bit, there are two main types of corticofugal projection cells from L5:

PT cells are remarkable in that they send axon collaterals to many subcortical structures (including motor centers). They are in a good position to coordinate a complex process distributed over several different structures. I posit that this process is dedicated to learning and I was glad to read a recent paper which stated that a mouse could execute an already learned behavior (but not learn a new behavior) while corticostriatal projections were desactivated, in line with my intuition: https://twitter.com/mthiboust/status/1189972405395107842

IT cells help the coupling between cortical areas (to converge towards compatible action maps) and send relevant information to the striatum in regards to action selection. Those messages could be of two kinds: valence of actions (the corticostriatal connections which terminate in striosomes) & specification of actions (terminate in matrix).

My view was first inspired by the work of Paul Cisek and Sten Grillner (action valences & specifications), and by the “3 visual streams” paper by Randall O’Reilly (learning signal via corticothalamic loops)

Here is a speculative visual summary:

For clarity reasons, not all connections are represented in this schema (thalamocortical, thalamostriatal, …)

I described my view on the story of an action here (where I also talk briefly about basal ganglia, thalamus & cerebellum):

Thanks for this. I agree with the general sequence of events, but I think your explanation misses 2 things: Parallel pathways with direct projections from the cortex to motor centers, along with the indirect ones via basal ganglia The multiple loops necessary to converge to an action Here is my take on this: At any time, numerous L5 Pyramidal Tract (PT) cells of some cortical areas are broadcasting direct messages to motor centers & basal ganglia & other structures like high-order thalamic…

Would be glad to hear your critics on this!

On a side note to your nice model and diagram,

I have also been thinking quite a lot about this very question during the last months. Many structures project to motor centers, so what is the added value of cortical projections to motor centers?

This to me is testimony of the fact that what the nervous system does - is meant to do - has been meant to do for so long - is first and foremost controlling behaviour. Actions. Motor.
Making sense of the world ? not so much.
However, we do. Thanks to them cortical structures, but that seems like an afterthought to the initial design…

This to me is testimony of the fact that what the nervous system does - is meant to do - has been meant to do for so long - is first and foremost controlling behaviour . Actions. Motor.
Making sense of the world ? not so much.

Our brains are full of redundancy, with nearly every structure projecting to some extend to nearly all other structures. Projections to motor centers are no exception!

To go further, I recommend the papers coming from the lab of Bence Ölveczky:

Motor cortex is widely believed to underlie the acquisition and execution of motor skills, but its contributions to these processes are not fully unde…

By means of motor cortical lesions and high-resolution behavioral analysis, we show that motor cortex is not required for executing the learned skills we train, implying that they can be stored and generated subcortically. Intriguingly, however, we find that motor cortex is essential for learning the very same skills, suggesting that it plays an essential role in guiding plasticity in downstream control circuits during skill learning.

Distinct roles for motor cortical and thalamic inputs to striatum during...

The acquisition and execution of learned motor sequences are mediated by a distributed motor network, spanning cortical and subcortical brain areas. The sensorimotor striatum is an important cog in this network, yet how its two main inputs, from...

How the basal ganglia contribute to the execution of learned motor skills has been thoroughly investigated. The two dominant models that have emerged posit roles for the basal ganglia in action selection and in the modulation of movement vigor. Here...

How do we know that L5 sends motor commands.

They talked about that in Jeff leads Numenta Research Meeting - Sep 4, 2019
L5 doesn’t necessarily represent motor commands like “throw ball”. It’s probably tied into sensory processing too. One example where motor/sensory are arbitrary distinctions is target selection. The superior colliculus (SC) produces saccadic eye movements and is sheet-like. In the fraction of a second before a saccade, there’s a bump of activity on part of the SC. That part of the SC corresponds to where the eye will move in visual space. Is the sheet a map of visual space or a map of motor commands? Maybe both.

Another thing which complicates motor vs. sensory is, where does sensory end and motor begin? The deeper layers of the SC send motor commands, whereas the superficial layers do not do so directly. V1 projects to the superficial layers of SC, whereas other regions project to deep layers. Does L5 of V1 send motor commands, or does it send visual information, such as potential saccadic targets? Is attention sensory or motor? Maybe L5 sends attention signals, like paying attention to throwing a ball.

If that’s the case why do need a motor cortex dedicated to controlling?

The motor cortex probably has a lot of control over behavior, but most or all neocortical regions can produce behavior.

Also why do we need a Cerebellum if we have the Neocortex and Motor cortex doing the job?

The cerebellum probably helps fine-tune behavior, which is important in nature but not so much for us. 3/4 of the brain’s neurons are tiny cells in the cerebellum. The circuitry is simpler than in the neocortex, but repeated a lot.

It may seem counter-intuitive because we like to think about the cortex as the smartest part of the brain which can directly send complex and specialized motor commands to execute complex actions. But in nominal operating mode, those projections are not enough to activate motor centers by themselves. I speculate that they only act as learning signals for subcortical structures.

I think they probably can produce behavior, although their influence on learning is probably important. Some cortical regions project to the spinal cord, which has central pattern generators for things like walking. I don’t think those can do much learning, so the cortex must be able to produce behavior (so long as subcortical structures don’t strongly disagree.)

Some cortical regions project to the spinal cord, which has central pattern generators for things like walking. I don’t think those can do much learning, so the cortex must be able to produce behavior (so long as subcortical structures don’t strongly disagree.)

Maybe not much learning, but still a bit of learning according to the literature:

You are probably right.

In fact, the main counter-example to my speculations is that lesions to the corticospinal tract impair the execution of skilled behaviors. But interestingly, there seems to be a gradation of the level of impairment along the phylogenetic tree, with the highest level seen in human (paresis or flaccid paralysis).

One possibility could be that some L5 PT cells evolved progressively from learning signals to controlling signals (I am thinking about the Betz cells in primates but not mammals). But it is just adding some speculations on speculations…

If you have not seen this thread you may want to check it out - all the way to the last post:

You may wish to start with the vestibular system. I have a bunch of papers on the contributions of a stabilized platform (the vestibular system) as the starting point of self-reference - but you may wish to start with this one. What happens if it is broken? This is closely related to Depersonalization: Update: I did a little digging and ran across this text. Considering the question you are asking about the system organization of the motor system I think you will be interested in th…

That makes sense. If the projection started very weak when it first evolved, it could only nudge activity a little, which could gradually nudge connectivity.

From the different articles in your old post, the paper by Henry Yin on basal ganglia has deeply attracted my attention: 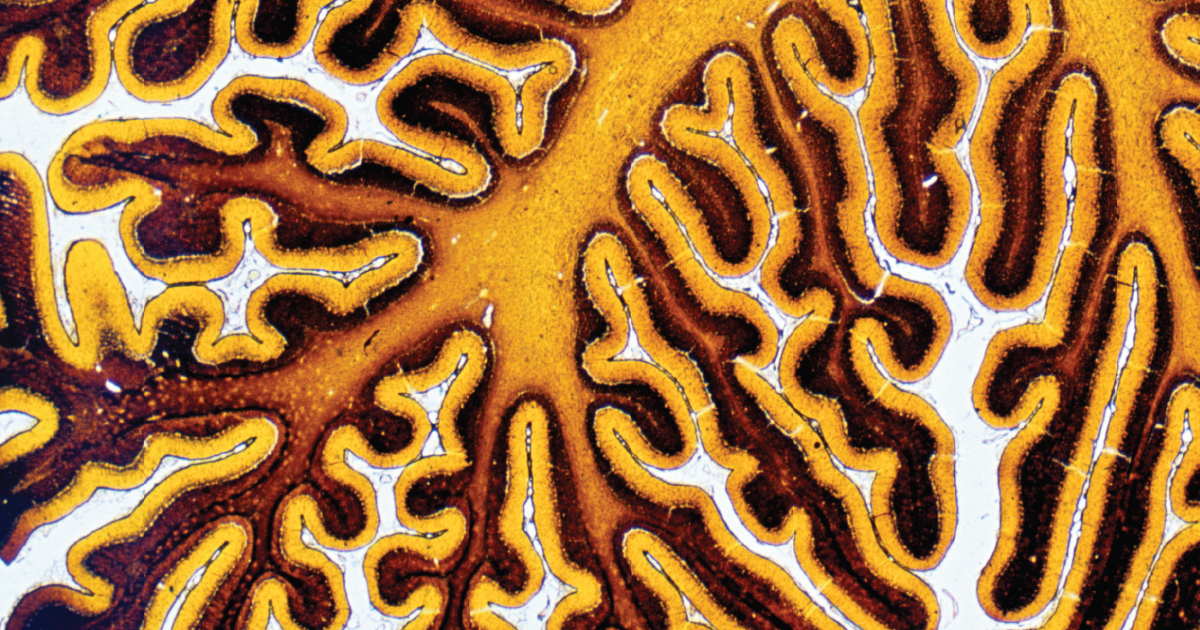 The basal ganglia (BG) are a collection of subcortical nuclei critical for voluntary behavior. According to the standard model, the output projections from the BG tonically inhibit downstream motor centers and prevent behavior. A pause in the BG...

He argues against the classic theory of BG which states that BG select specific actions by disinhibiting downstream structures. His results are informative and convincing. His theory is intriguing. But I still don’t understand why his papers don’t have been cited by more researchers.

Here are two more recent papers from his lab:

Some results/ideas from his papers:

I end with an interesting extract regarding his interpretation of predictive signals:

The transition control model explains action selection as a process by which competing cortical representations alter the reference signals of transition controllers. This account explains what are commonly called value signals or prediction errors. Such signals appear to be predictive to the external observer, but their actual function is to control. In other words, they do not modify open loop state-behavior mappings, as assumed in reinforcement learning, but represent reference signals that request specific inputs in a closed loop.

Doesn’t really help directly with my speculation about the role of L5 PT cells, but really interesting and intriguing info!